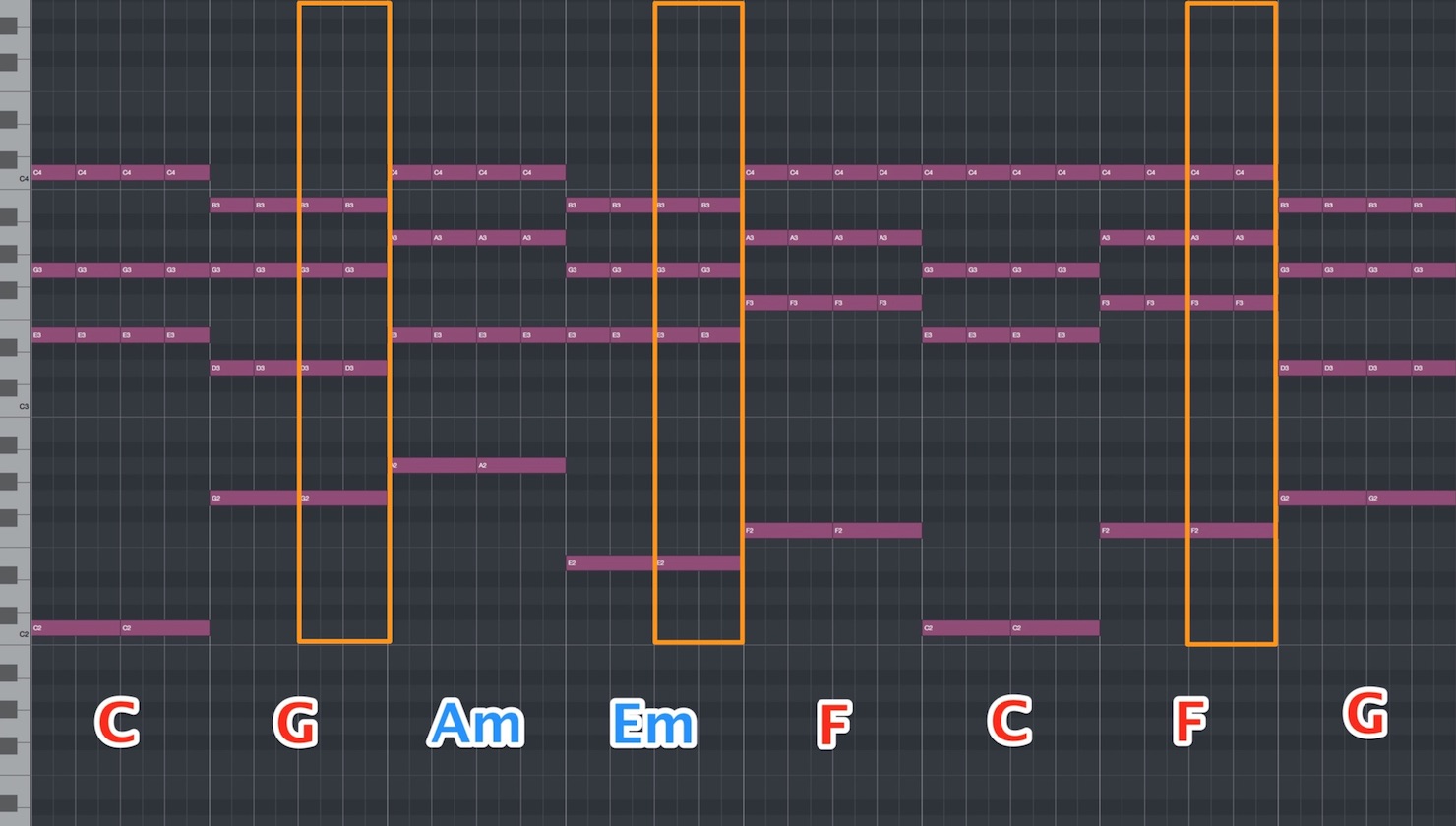 First, lets try adding a secondary dominant chord into the canon chord progression we saw in our 22nd and 23rd articles.
Though the original is in the key of D major, we will be using the key of C major for this analysis. 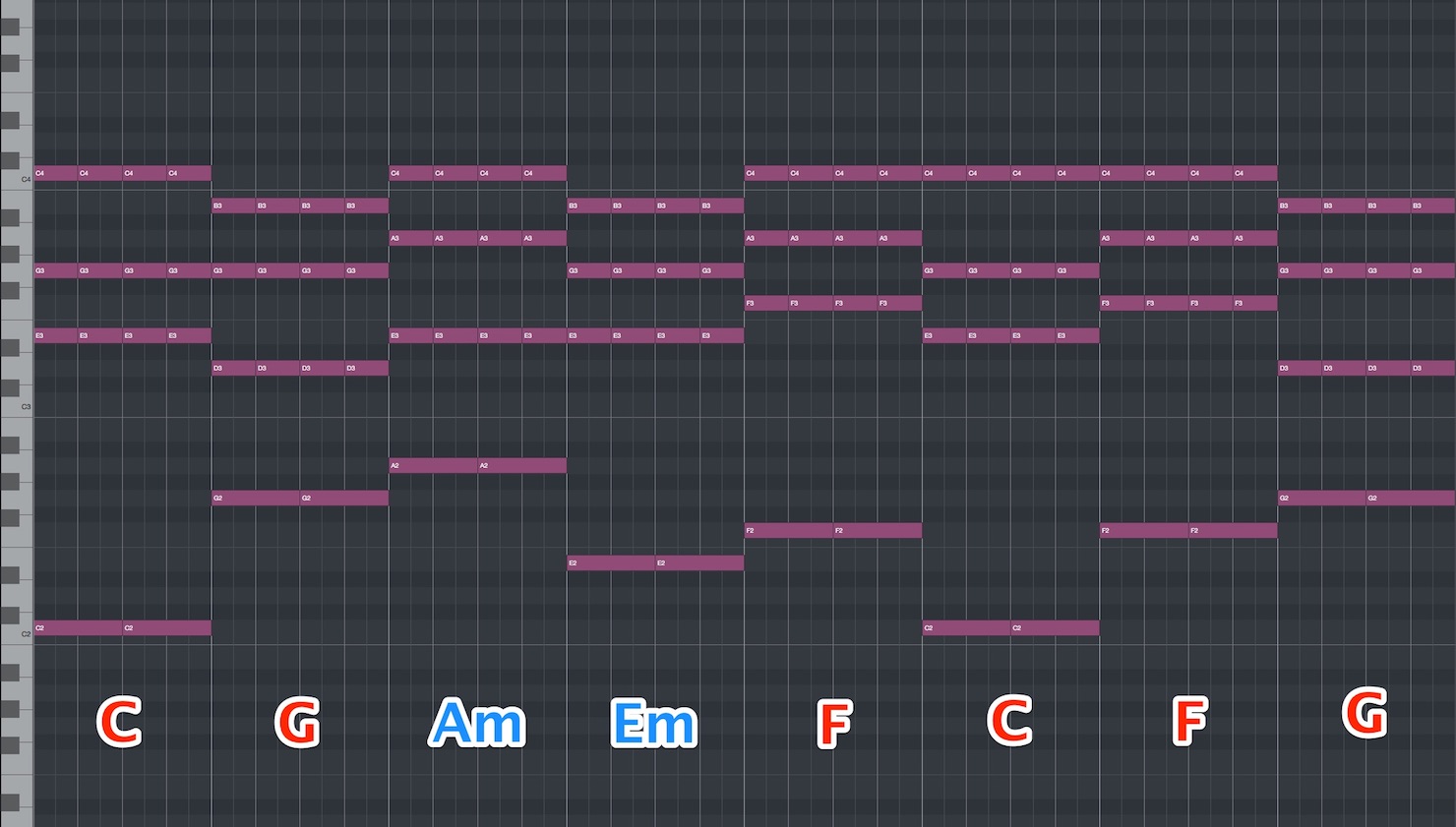 We have prepared MIDI as well.

Of course, they can be used in other areas, but we will add in secondary dominant chords into the orange areas for this example.

Lets take a look back at what we have learned thus far.


Lets try adding these in.

These are our results.
✳︎The voicings have been arranged.

Lets take a look at the content we have so far, and analyze it. 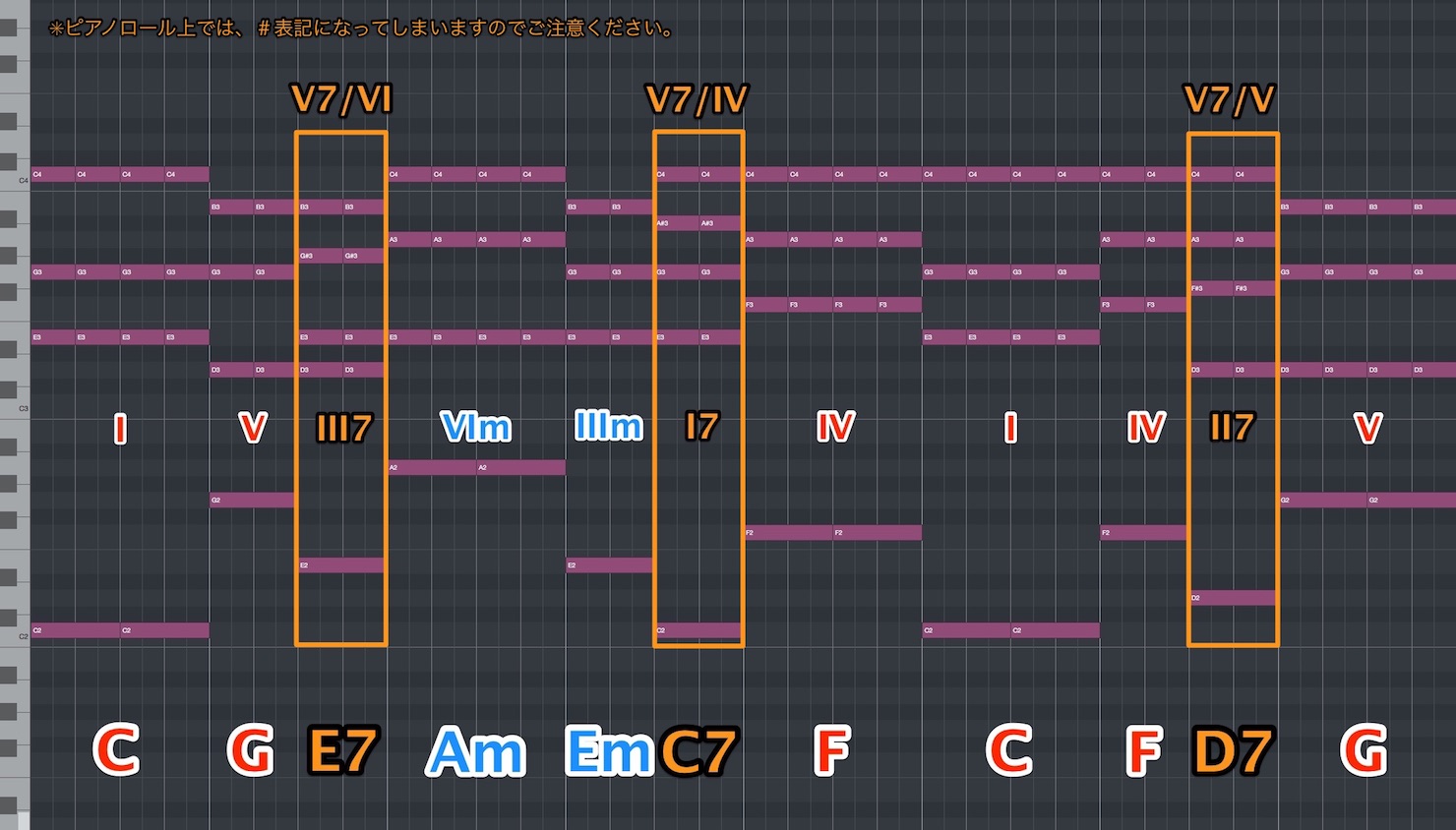 The chord progression above will be used for comparison with a technique we will learn in a future article as well, so we recommend saving the sequenced MIDI data for later. 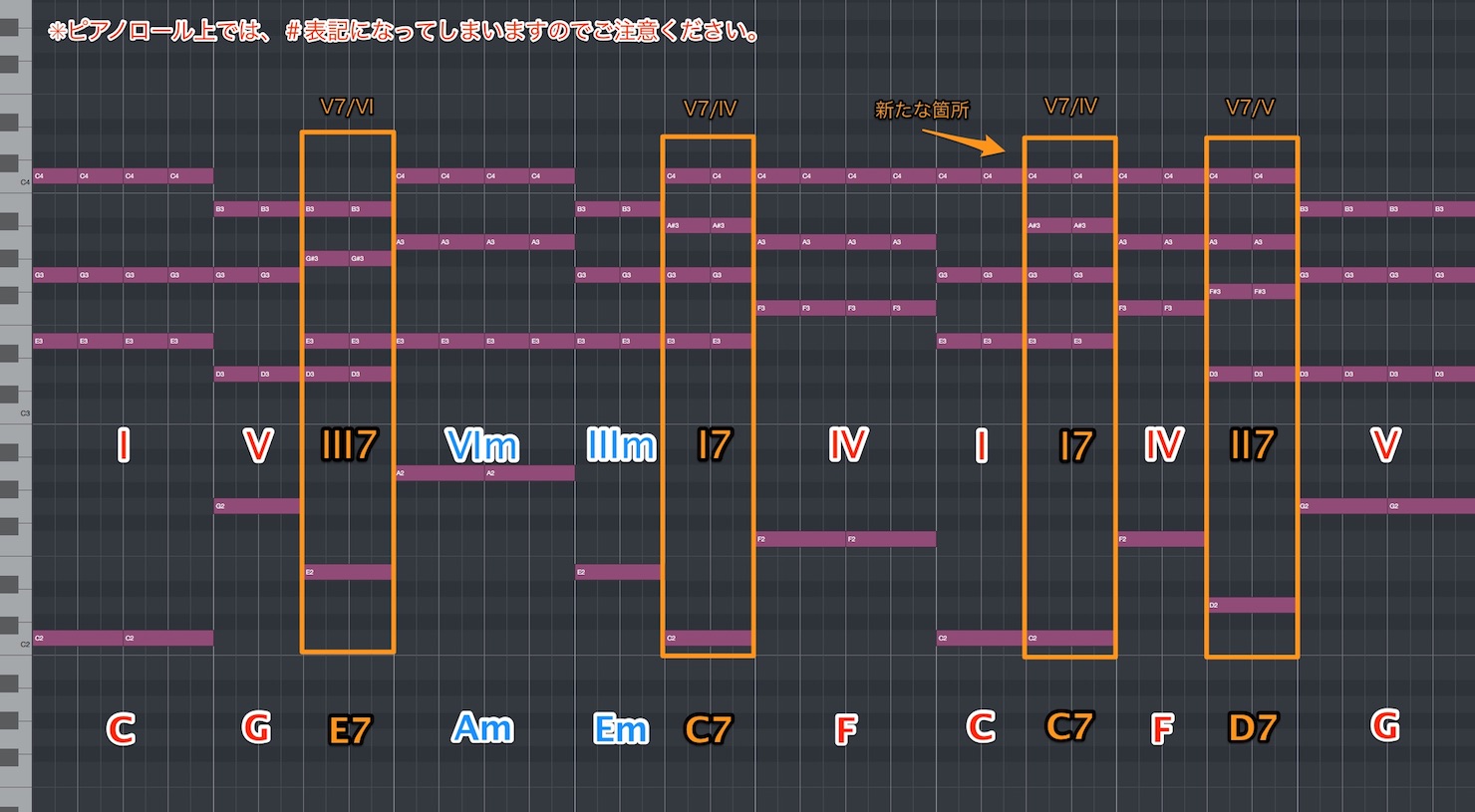 Of course, you can change other areas as well.

Though it keeps the original chords found in the Canon progression, it has a strong sense of tension and release, with one chord coming in after the next.
By focusing on the tensions used, you may start to better hear tritones and leading tones moving to a resolution.

We will continue looking at practical uses for these chords in our next article, but we will also focus on how this change opens up new possibilities for our melody lines.