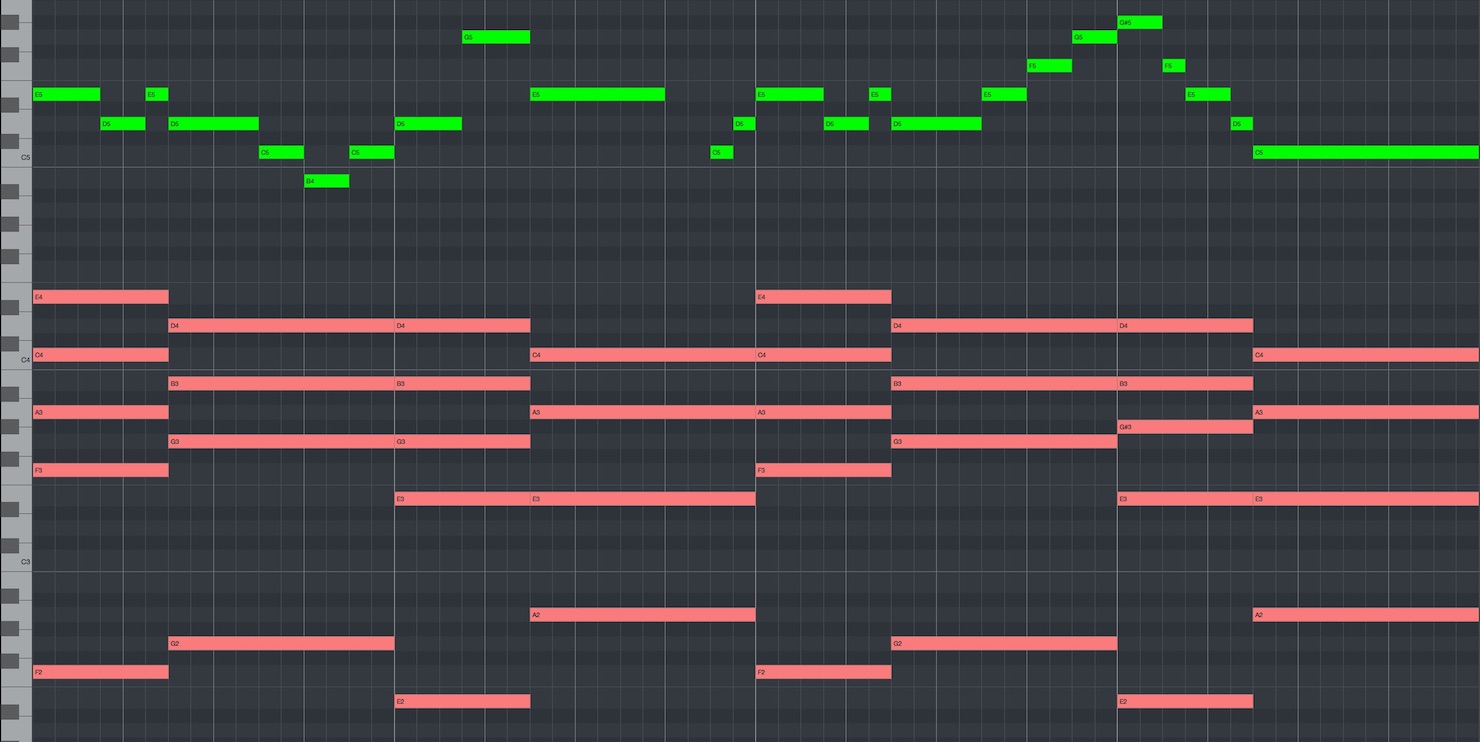 Previously, we took a look at analyzing songs with secondary dominants, as well as adding them into progressions we’ve seen up until this point.

We will be doing some of the same, but with a focus on how we can change our melody along with these new changes.
The idea of “momentary modulation” will be addressed again as well.

You may have a better understanding of how chords can be “borrowed from another key”.
However, could this mean that the melody that we play over these chords could also use notes from the borrowed key?

Though you may have heard terms such as “available note scale” or “parent scale” used to help explain it, our focus will be on creating new possibilities for melodies while using the knowledge we have learned up until this point.

Lets take a look at the chord progression from our 23rd and 26th article as well.


This time we will look at the IVmaj7→V→IIIm7→VIm progression in the key of c major. 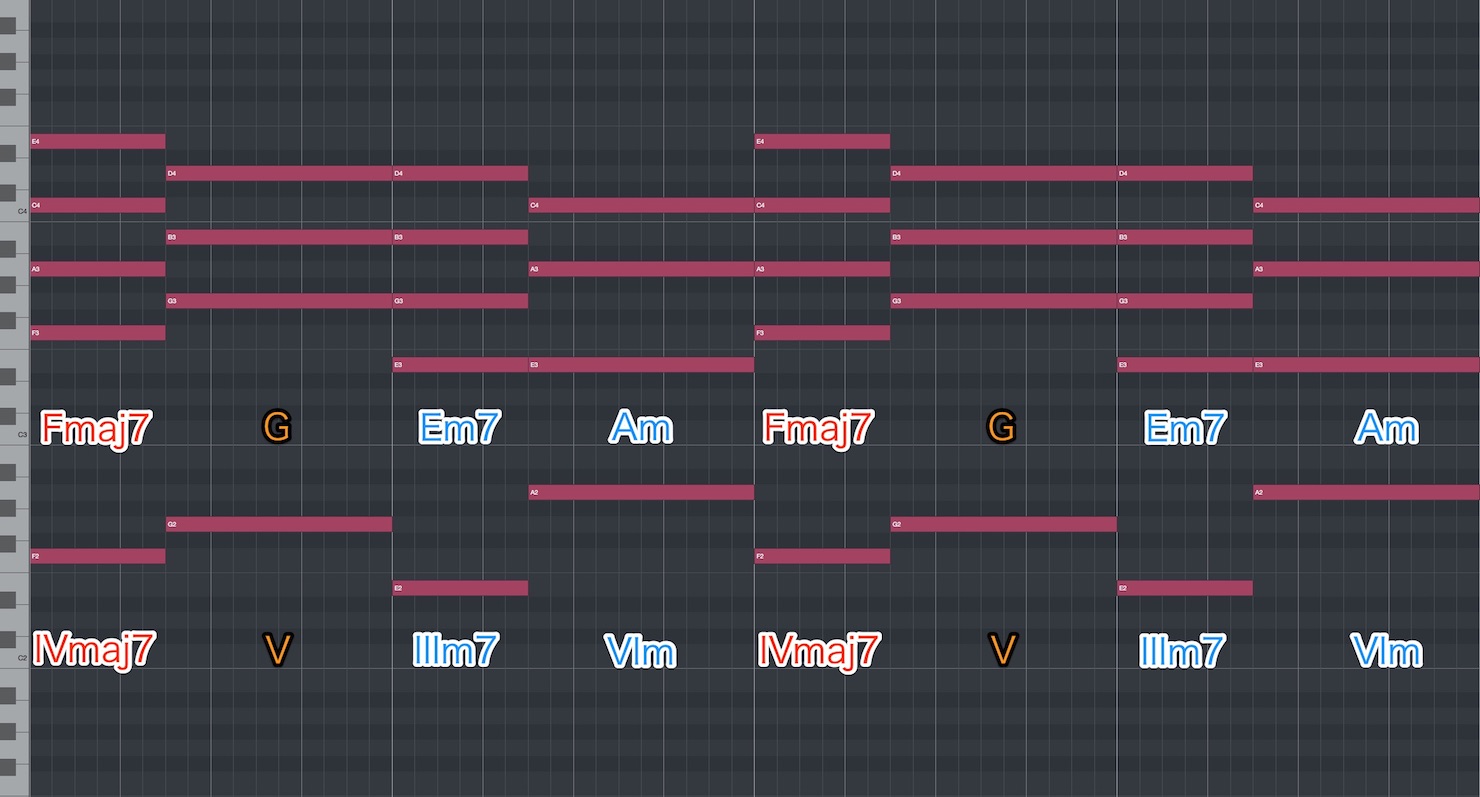 First we will sequence in 2 rounds of the progression.

We have a melody like this in the first half:

Lets hear it with the chords from just now. 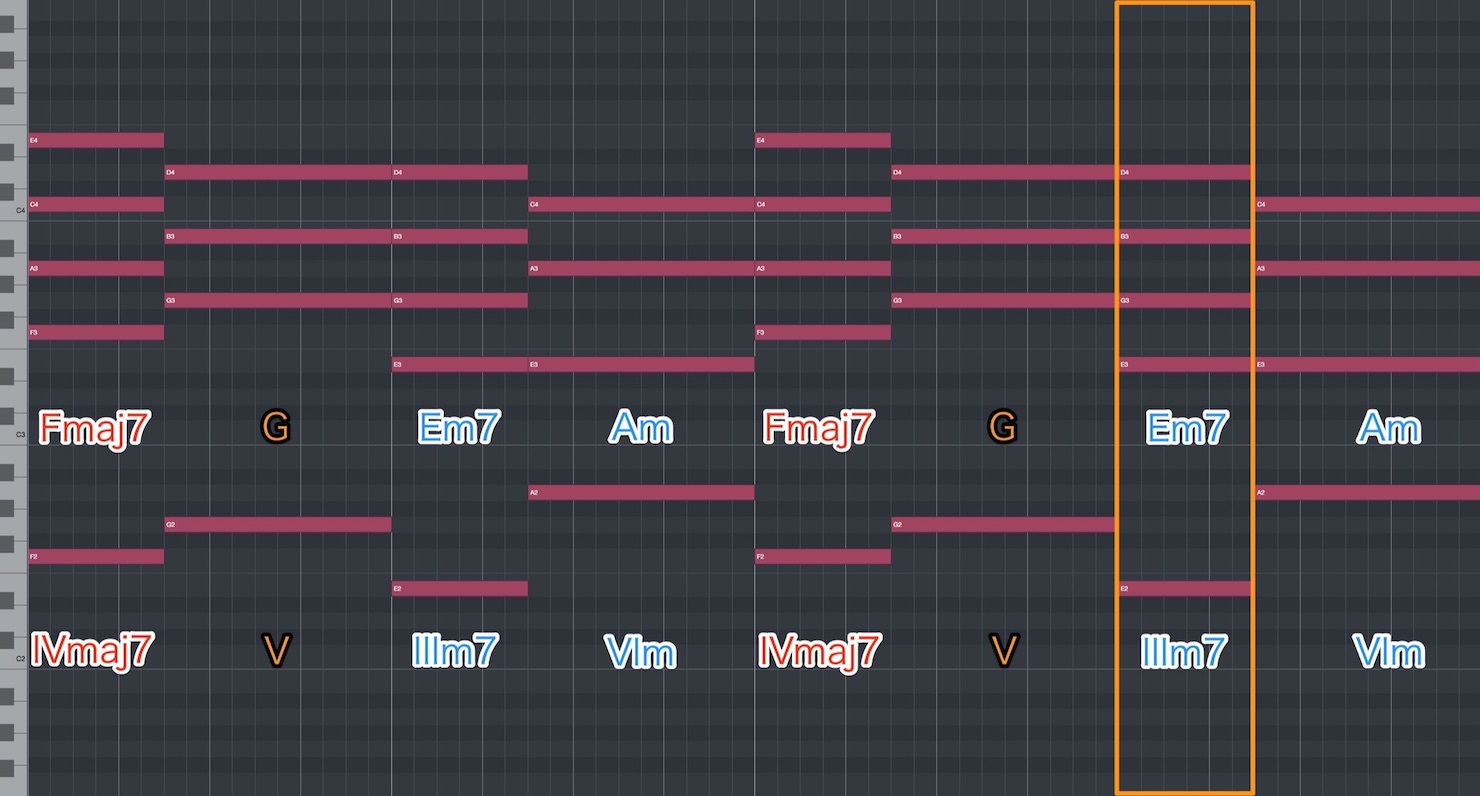 Next, in the 2nd repetition we will be adding in a secondary dominant to the boxed area.

Because it is before the VIm, we can use chords such as follows: 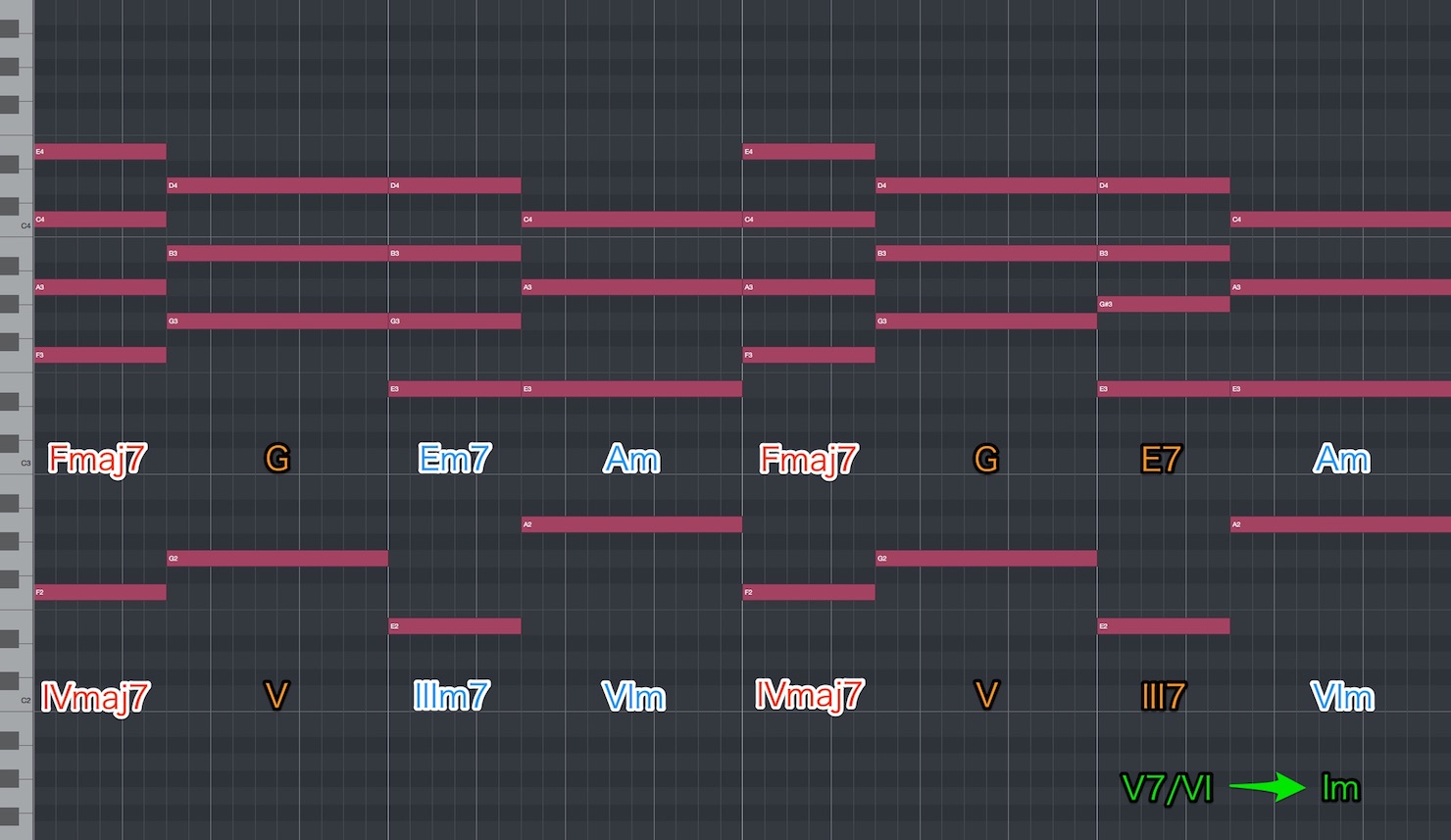 For this example we chose E7 for the Em7 part.
Lets hear how this sounds. 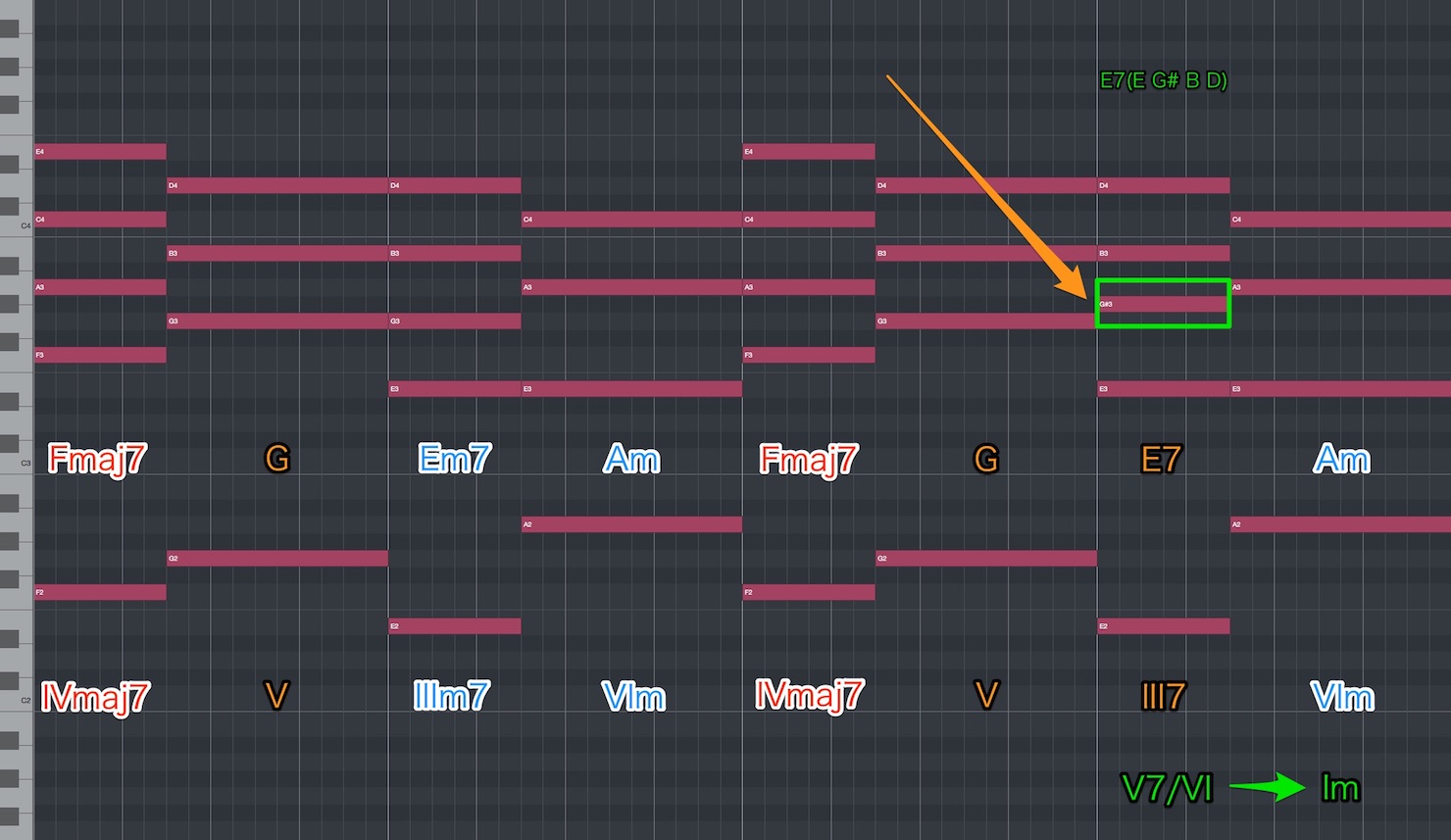 Here, lets take a look at the chord tones.

Though the key is C, because the secondary dominant chord E7 is being used, we can think about using the chord tone G＃ as well.
Lets try using the G# in our melody.

Lets take a look at everything as a whole.
✳︎The melody is raised an octave to avoid clashing notes.

If you know about harmonic/melodic minor scales, you may not even need to know the info on scales above. 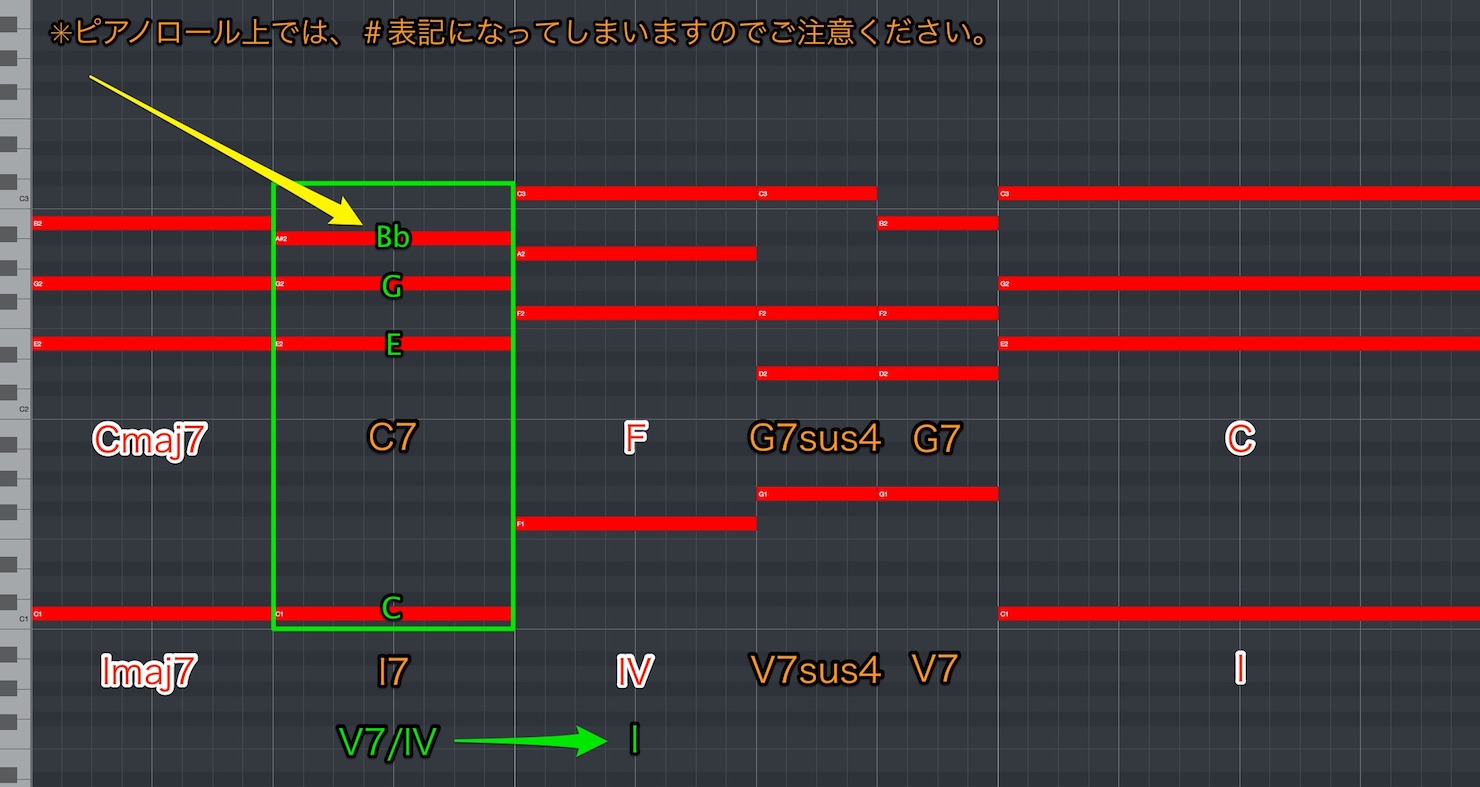 Lets try this on another chord progression in the key of C as well. 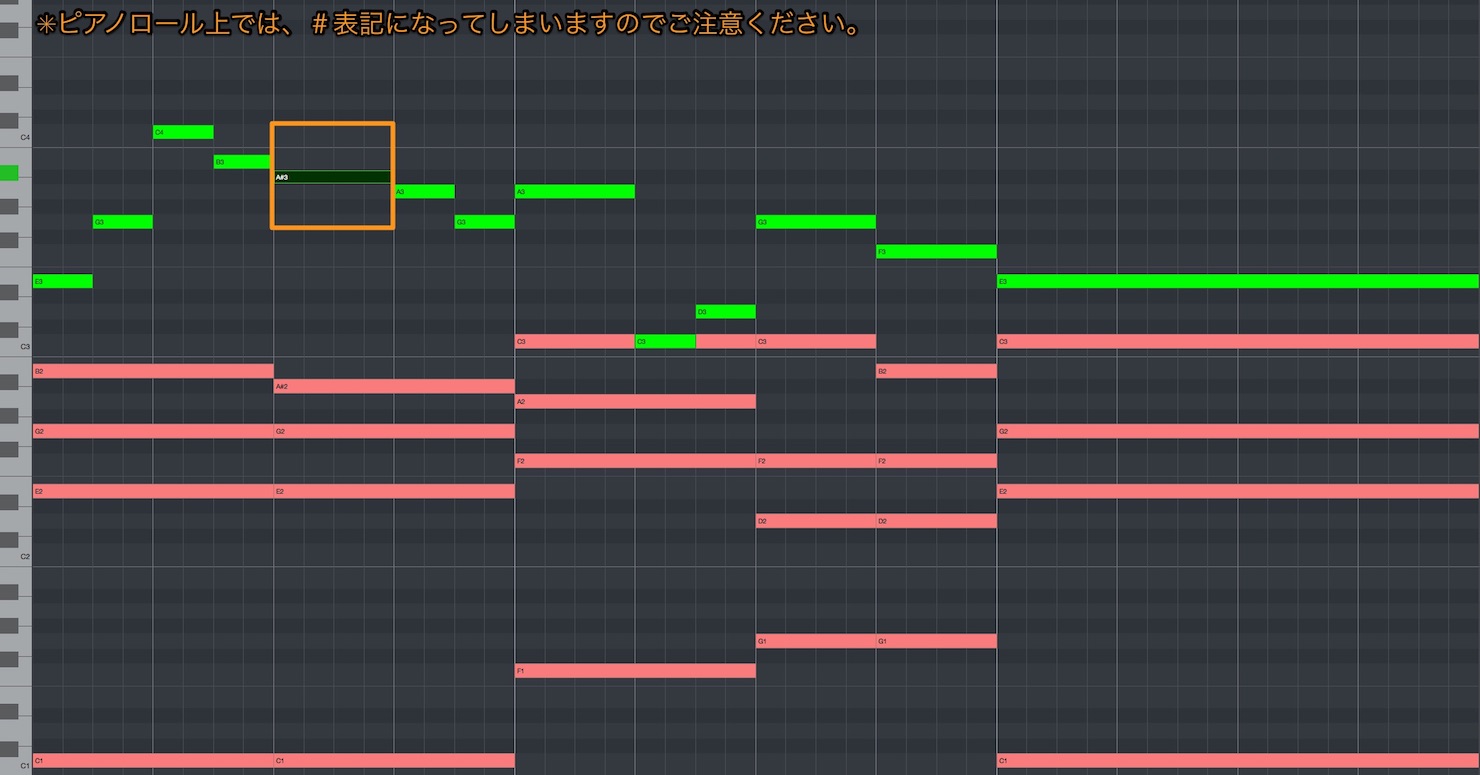 Lets try adding the Bb to the melody which is found in the chord tones of the secondary dominant C7 chord.

Of course the idea behind it from a scale perspective would be different, but we recommend trying harmonic/melodic minor knowledge to tweak the melody as well.

Next time we will look at adding secondary dominant chords again, using a different perspective and analysis.