Adjusting sound to match the song

Previously we touched on a variety of pattern variations and basics.
In this article we will focus on editing the tones of these patterns.

You can adjust the coloring of the sounds according to the song,
allowing for use in any genre of choice. 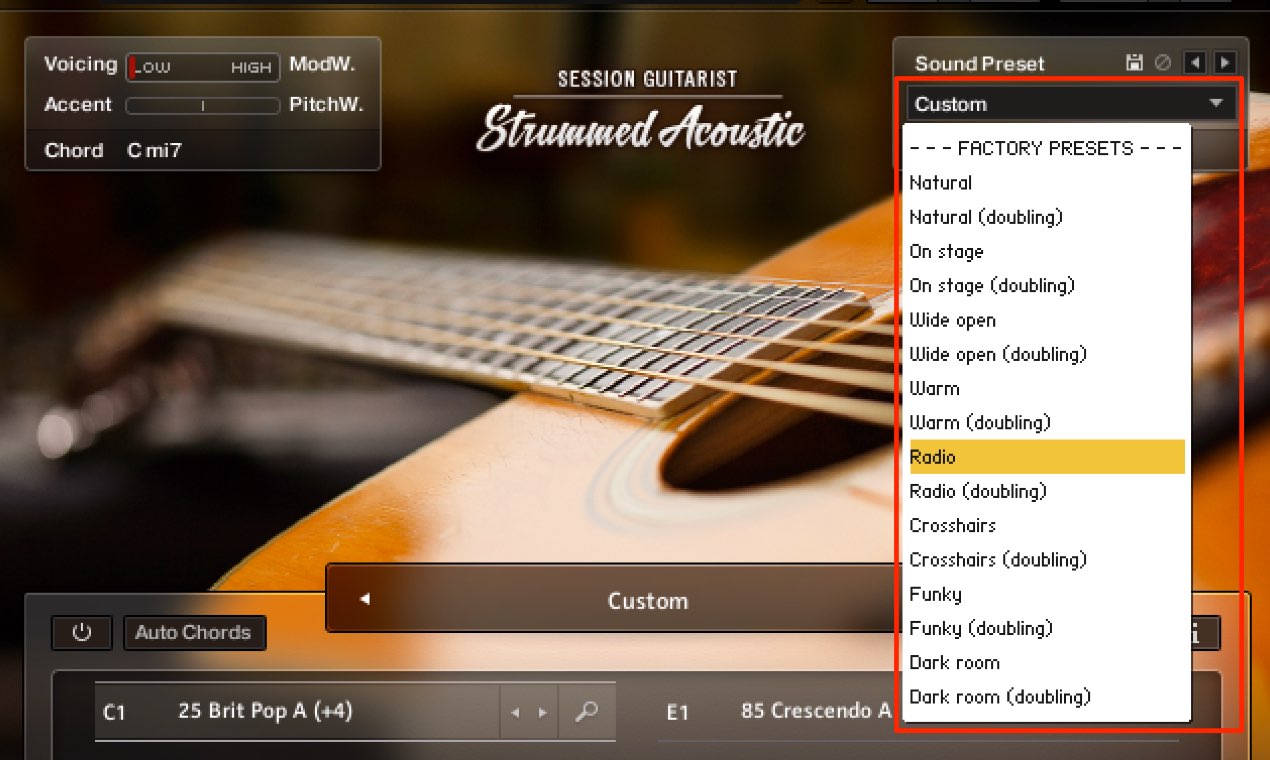 Presets can be accessed from the area shown.
(doubling) refers to the sound of 2 guitars playing at the same time.

You can adjust the sound nuance and voicing from the area in the red box on the left.

In addition, when the setting above get switched back to default –

make sure to turn “MIDI reset” off in your DAW. 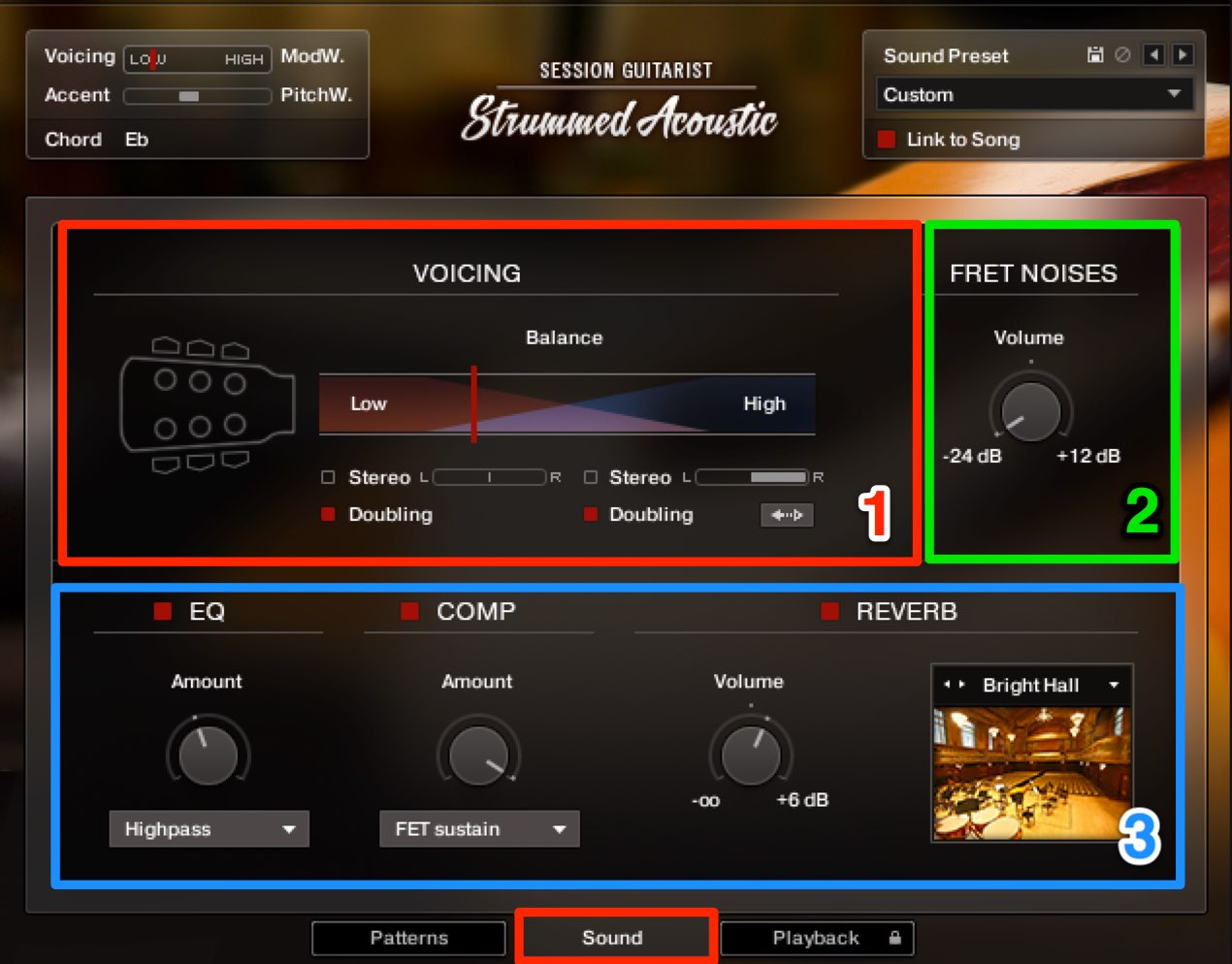 You can save any of the changes you made.

By clicking on the area in the red box, the setting will be saved. 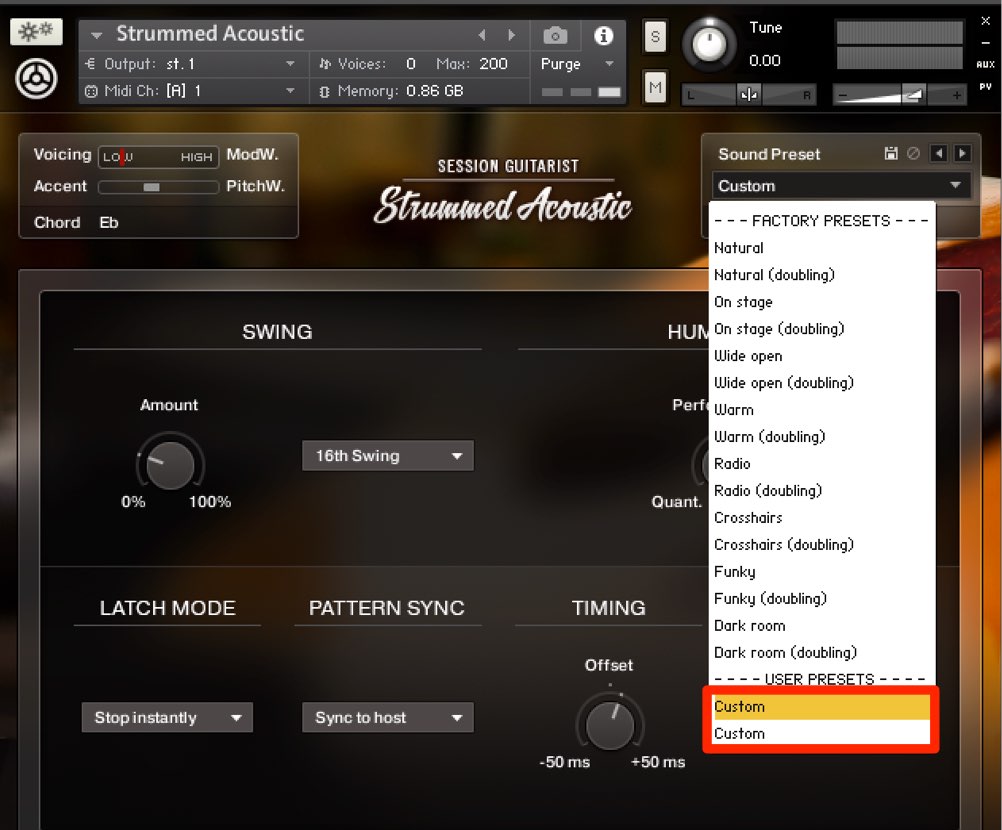 You can also easily bring up your presets. 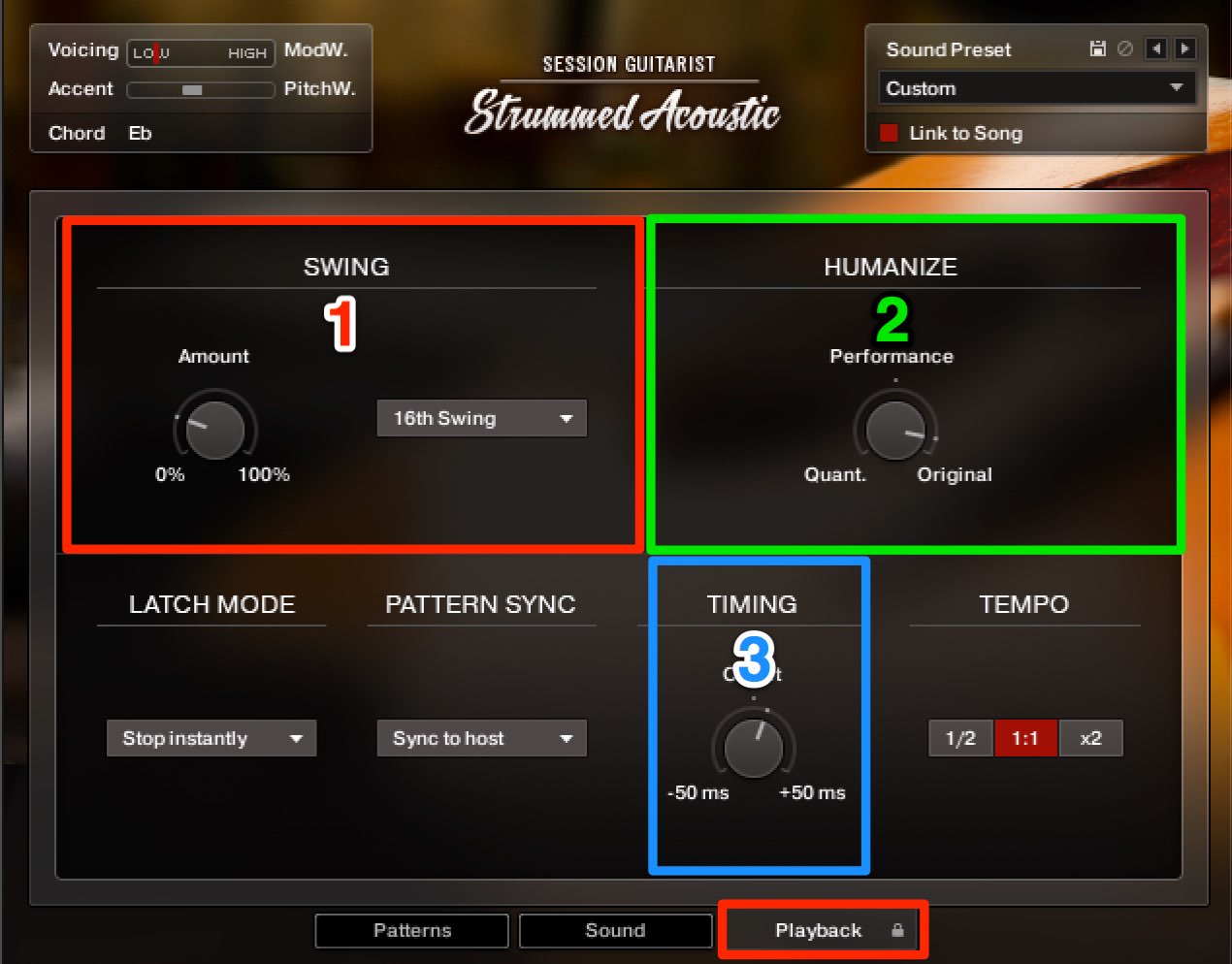