For Those Looking to Up Their Game 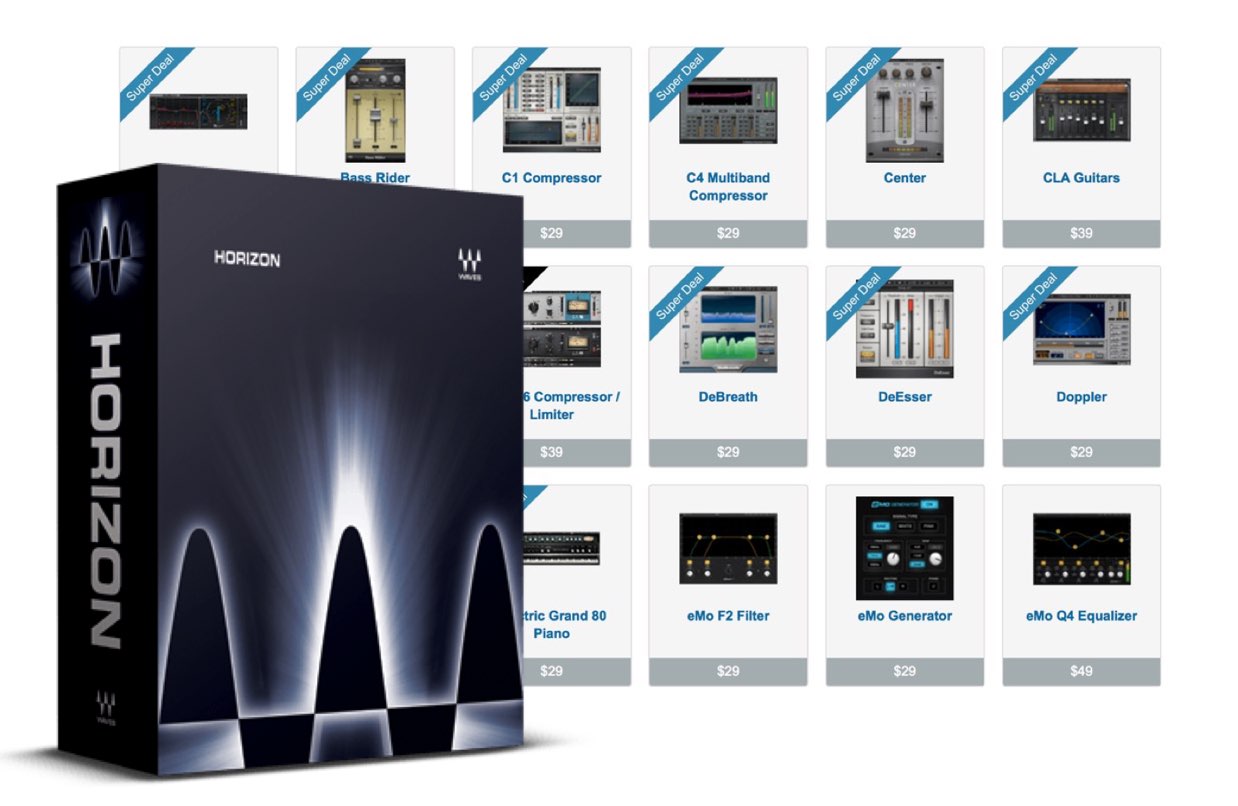 This time we will be looking a step above Waves Platinum and use a few plugins found in the Horizon bundle to take a look at some mixing tips.

We’ve focused on the most illustrious plugins available in this bundle so stay tuned!

First lets take a look at plugins in the Horizon bundle that model vintage analog hardware.
We will be taking a look at using 3 of the plugins included in this bundle. 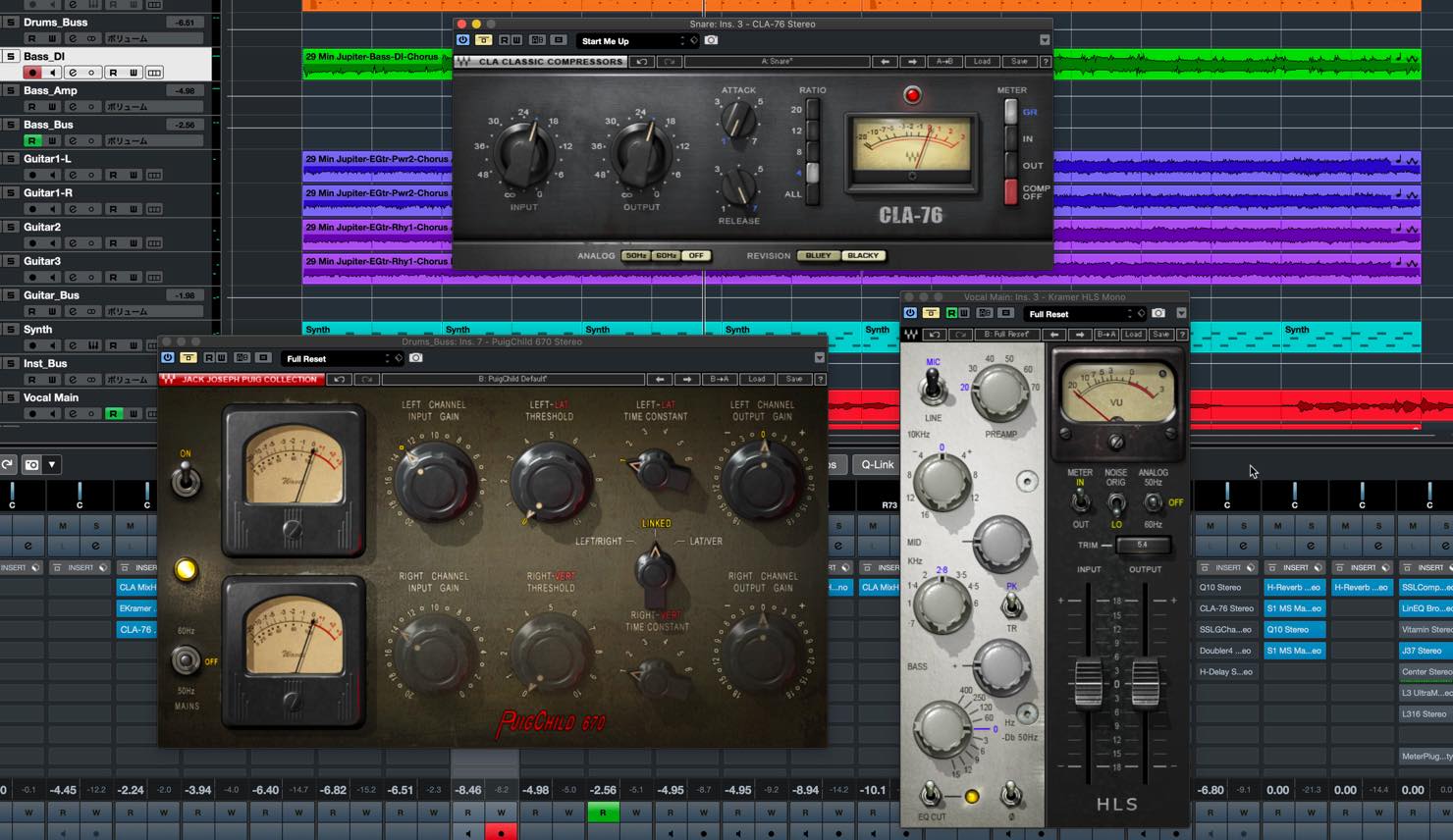 This plugin has been modelled after the 1176 compressors owned by Chris Lord Alge, known for his work with artists such as Green Day, Avril Lavigne, Santana, etc.
We have taken a look at 1176 and FET style compressors in a previous video, and this kind of fast-attack compressor works great on drums and transient instruments.

The CLA 76 includes both the “Blacky” and “Bluey” hardware emulations, allowing you to easily switch between the two.

We will be applying it on the snare for this example.
Lets compare it with the bypassed sound.

The snare is fatter and more powerful.
Next lets hear the difference between Bluey and Blacky.

Bluey has a sharper attack with sustain, creating an aggressive sound. Neither is better than the other, so choose which one works best depending on the application at the time.
The ability to easily hear the difference between the two is a great feature of the CLA76. 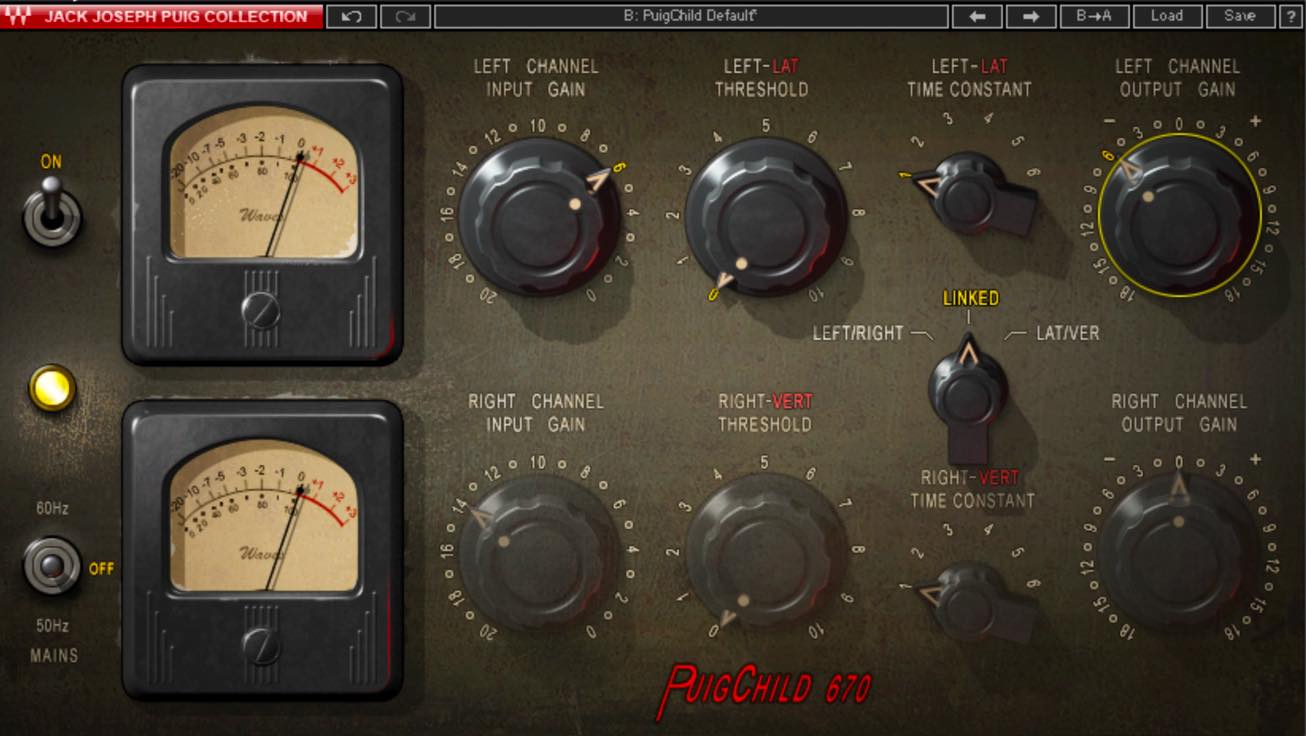 This plugin is a faithful modelling of Jack Puig’s Fairchild 670 Compressor, and simply running audio through it gives you a distinct sound. There are seperate input gain and threshold knobs, allowing you to control how much harmonics you want in the signal.

We will be applying it to our drum bus in this example. We purposefully won’t be applying compression just to hear the change in sound.
Just the default input gain will already begin to color the sound.

The snare has more highs and sounds drier, with a little more grit to the hihats.
To get a stronger coloring of sound, we can increase the input gain. (The output gain is lowered to adjust the volume difference)

The harmonics are even more pronounced in the sound.

The snare and hihat get a different tone and the kick feels heavier creating a larger sounding drum kit.
Make adjustments as necessary depending on the track you’re using it on. 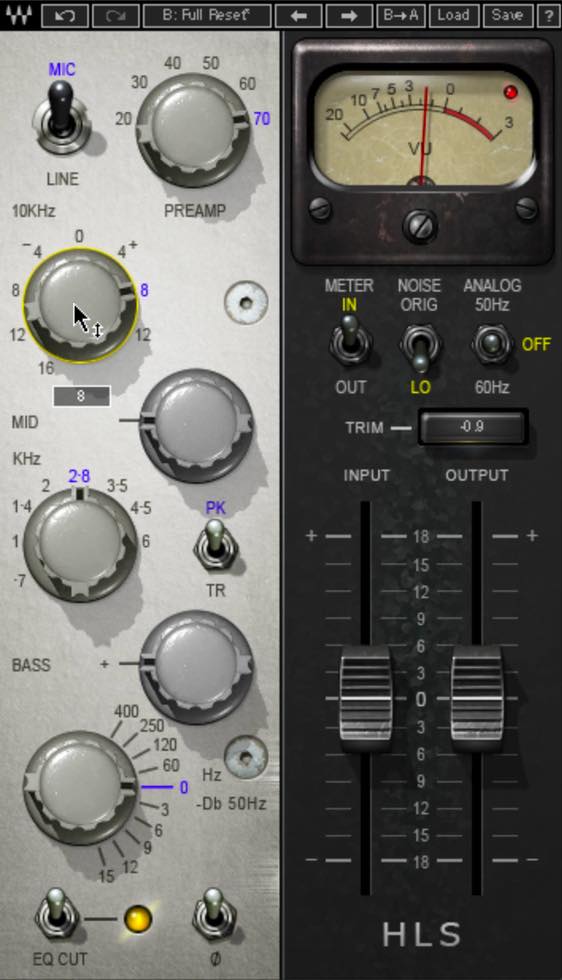 Made together with Eddie Kramer, it models the Helios Console EQ found in the famous Olympic Studios in London.
As the name channel implies, it includes a preamp as well as an EQ.
Not only does raising the preamp boost harmonics, but adds a unique sense of warmth to the mid-range.
The EQ is very smooth and works gently, I personally love the High Frequency Gain. Though raising this increases the clarity, it has such an analog sound quality, and doesn’t sound harsh to the ears.

Lets hear how it sounds on the vocals before and after application.

You can use this preamp and high frequency gain as a sort of enhancer, to create warmth and comfort in your sounds. 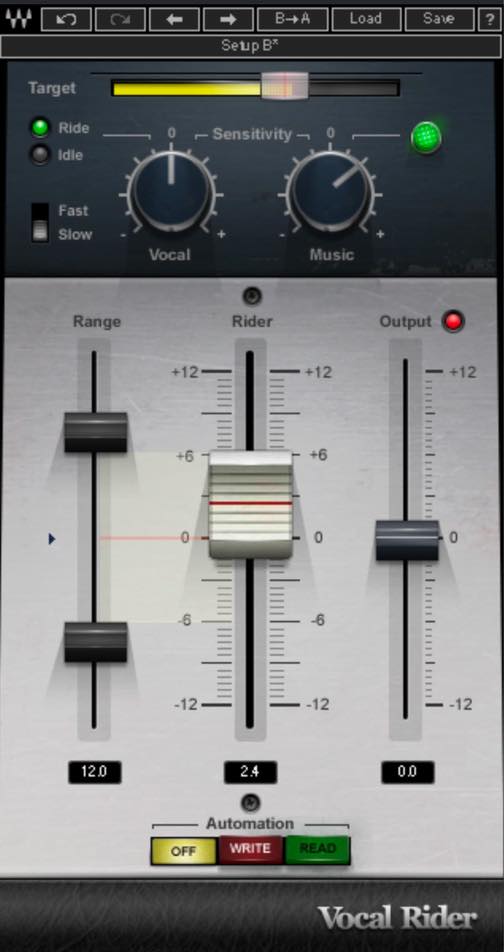 We have looked at this in a previous video so check that out for a more detailed explanation.

We will be taking a look at what makes this plugin great, with a particular focus on the Music knob.
The Music knob is side chained to the track and takes the volume of the track into consideration while adjusting the dynamics of the vocal recording.

We have turned on side chain and have the bus track of the entire track sent into it.

When comparing the side-chain on and off, the vocal volume sounds a little louder with it on.
Because the vocal volume was low relative to the track the volume of the vocal was raised overall in response. Its like the vocal rider suggesting a fader setting for you.

The Music knob doesn’t simply raise the volume either. It optimises the vocal level according to the volume in a specific portion of the track.
As a simulation, lets compare how it works when the guitar is muted.

The fader is slightly lower when the guitar isn’t playing and the vocal is adjusted to not sound too loud in the mix.
The way in which it adjusts the fader according to the track is the biggest advantage to the Music knob. 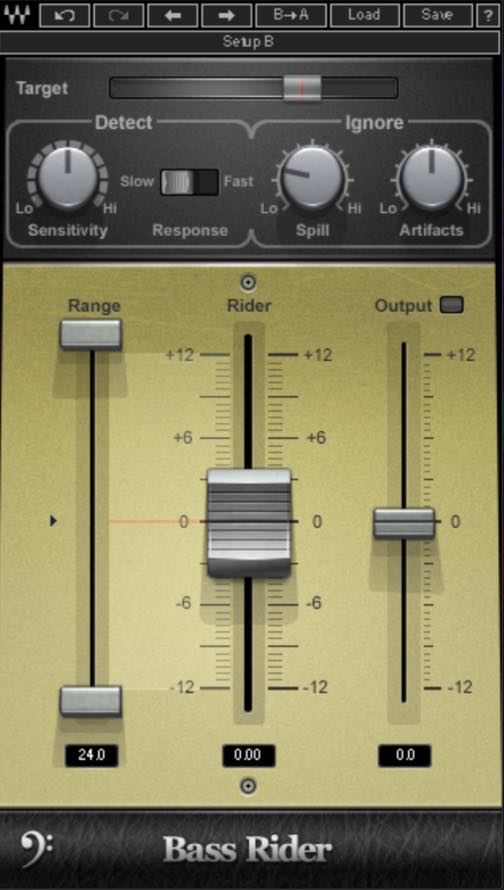 This plugin auto adjusts the bass fader to control it’s dynamics.
It covers areas that can’t be addressed using compression and limits the tonal change that compression brings while still adjusting the volume.
Because it is optimised for bass, it moves differently from the Vocal Rider plugin as well. 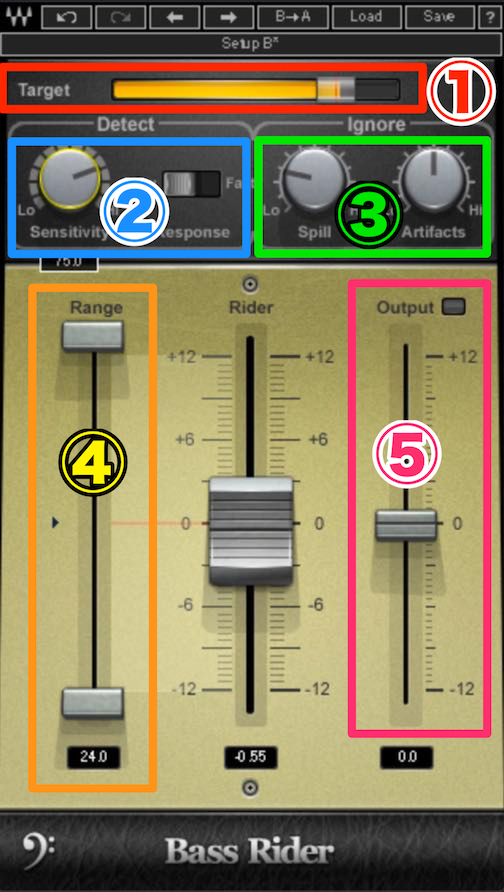 When we press play and look at the fader, we will be able to see how each note is accurately reacted by the fader accordingly.
Lets hear how it sounds with and without the Bass Rider plugin in the mix.

The difference in sound has been levelled out and the low end is more solid now. This balanced sound is incredibly important in a mix.
Automating these parameters takes time and experience, and the Bass Rider makes this process easy helping aid mixes for any level of engineer. 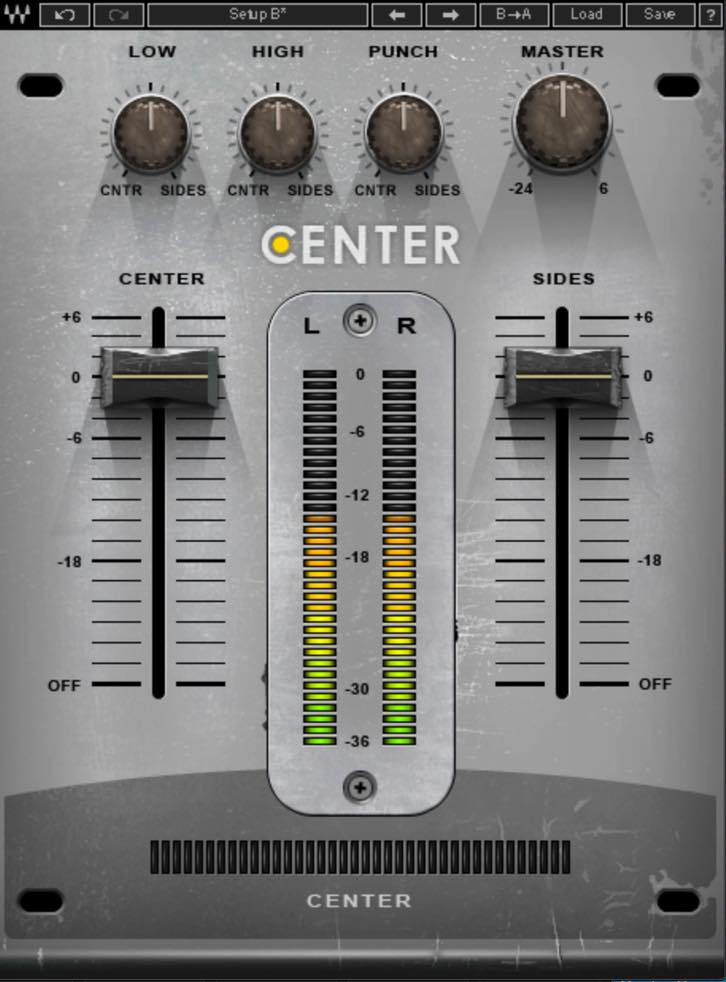 Though the most famous way to use Center is to place it on a Master and raise the sides, but in this video we will be looking at other ways to utilise it.

We’ve taken a look at this plugin in a previous video as well, so check that out for more info.

For one, you could place it on a stereo bus track and lower Center to create space for Vocals. We will be trying it on the Guitar_Bus for this example.
Simply lower the CENTER fader slightly. The key is to avoid changing the levels too much. 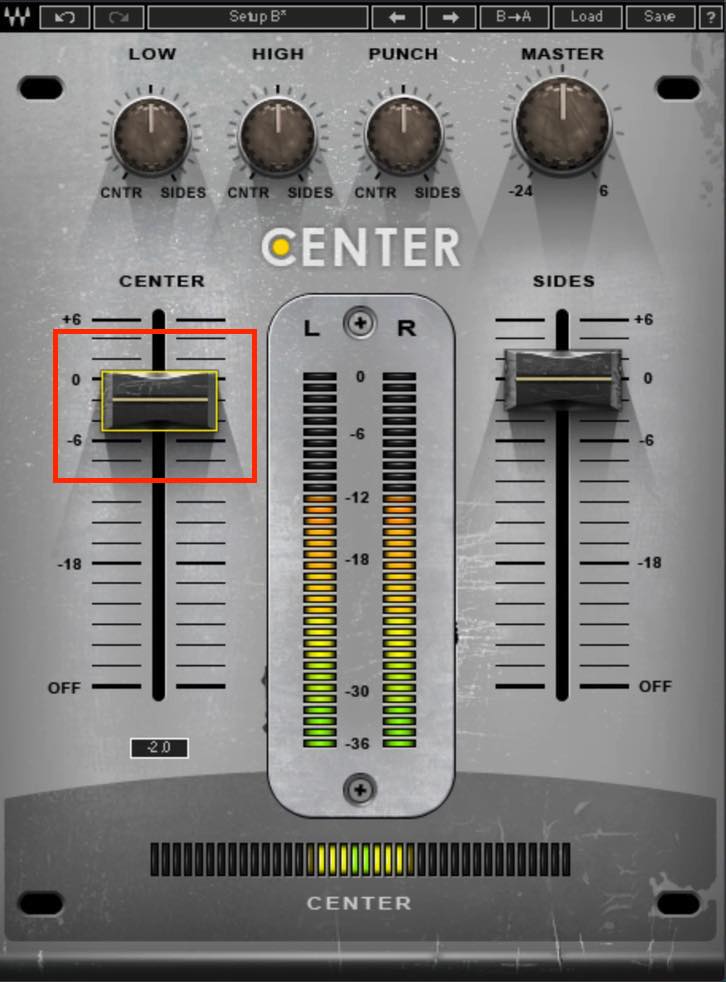 Lets focus on the vocal and compare it with the bypassed sound.

This is more of a technical point but the center slider works primarily on mid-range frequencies, making it great for this kind of application.
The ability to easily utilise M/S processing is a huge plus.

Next we can apply it to the master and without using the sliders, we will adjust just the Low/High/Punch knobs above.
Adjusting these parameters accordingly can help us get a clearer master track. 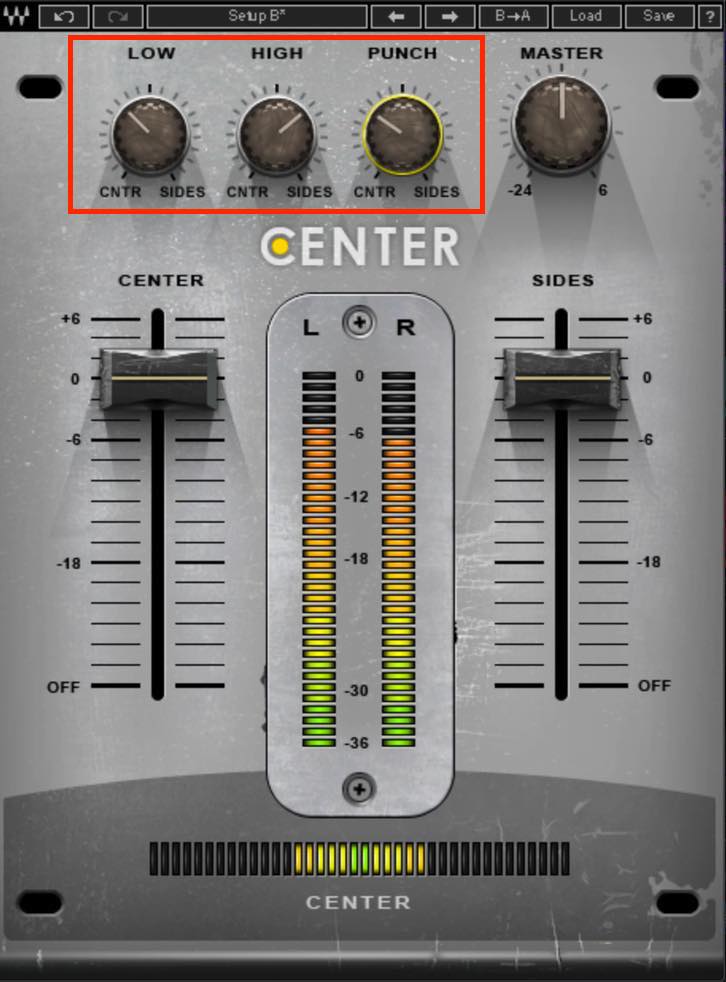 Lets compare how it sounds.

It helps create clarity without sounding unnatural, and the mix is a little wider. This is useful when you don’t want to apply intense M/S processing but want to make mild adjustments. 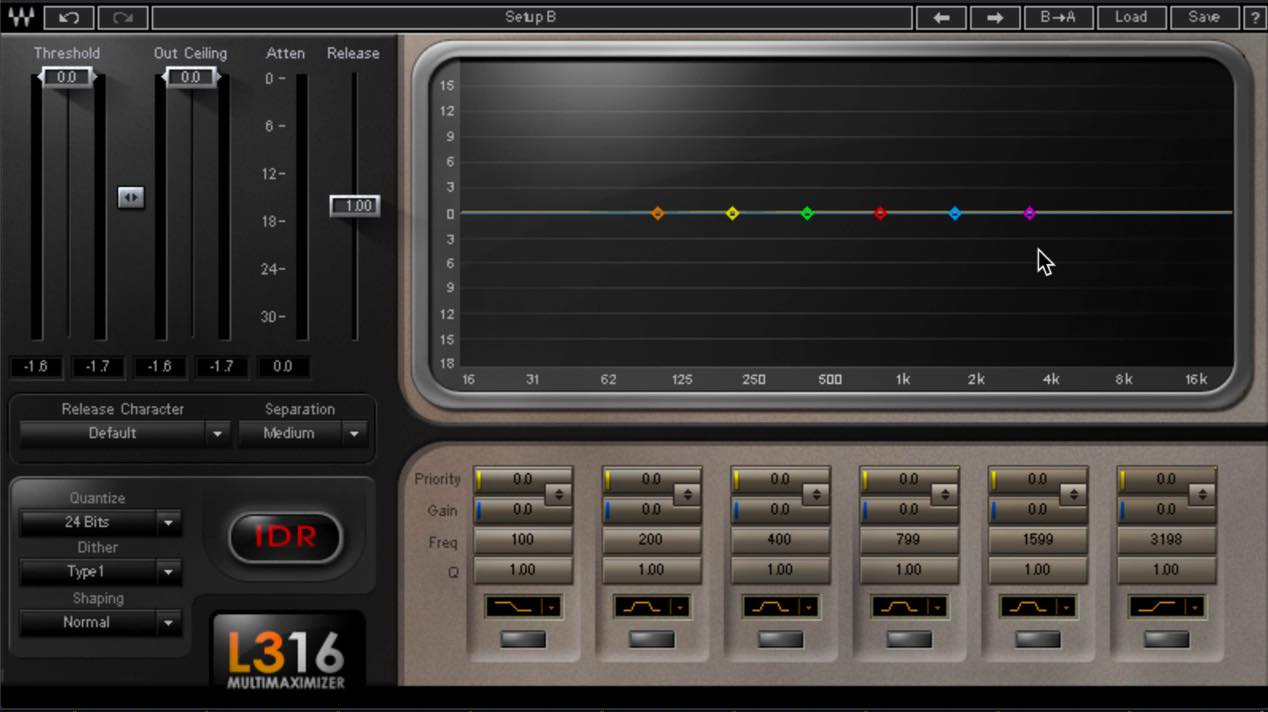 This is a huge plus in the Horizon bundle.
Though you control using 6 bands, 16 bands are edited individually on the flip side. In addition to natural maximization of sound, it allows you to really adjust the tone of your tracks.

Though the way Threshold and Out Ceiling work are the same as on the L1 and L2 the main difference is found in the multi-band control here. Though it has linear phase EQ as well, the most characteristic feature is the Priority parameter. Raising priority helps prevent a frequency area from being squashed.

Seeing it will make a bit more sense so lets dive right in. 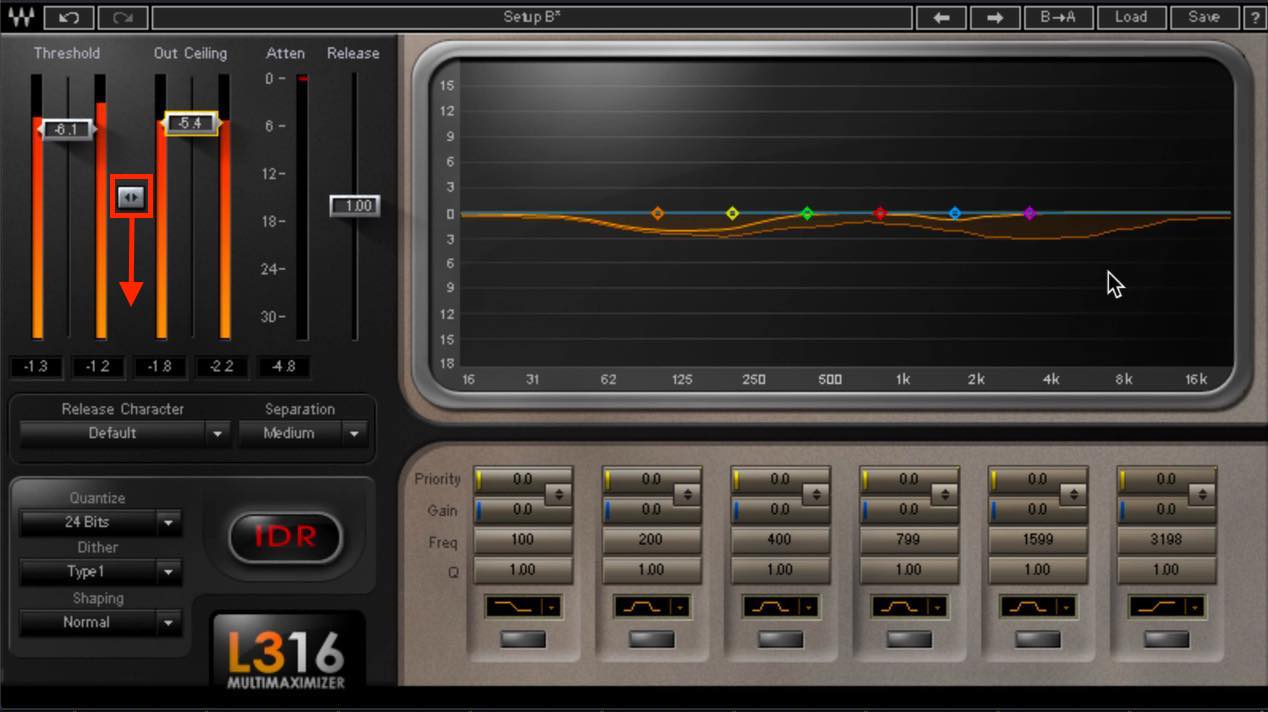 We want to lower the Threshold to have around -3dB of attenuation but for this example we will drag Link in the middle to lower the Out Ceiling as well.
We will add some makeup gain as well. This is to make it easier to compare the sound with the bypassed signal.
By taking a look at the multi-band section on the right we can see that it works differently on different frequency bands.

Lets try raising the Priority amount of the areas we want to keep less limited. 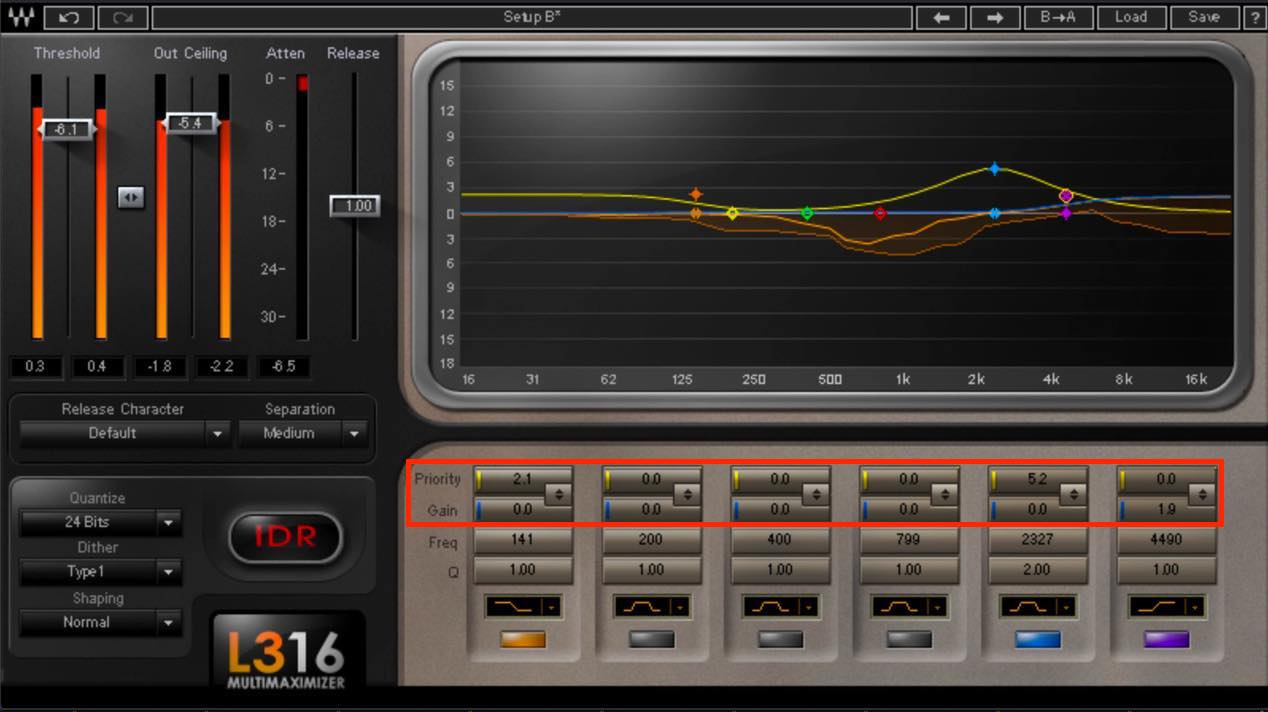 For example, in the high-mids we have vocal and snare harmonics. We don’t want to squash the low-end so we’ll raise the Priority for that as well. We want to add some air as a final touch, so we’ll boost the gain of the highs.
Though it looks complicated at first, start by narrowing down your desired sound with priority and gain to make this easier.

Lets bypass the sound to compare how it sounds with and without the plugin.

The low end is controlled but plentiful, and the vocal doesn’t get effected by the low end as well. The sound has more range and excitement overall.
Though a maximizer may seem like it would squash a mix and dull the sound, making some adjustments makes it work like a great all round compressor on your track.

In Horizon, you get studio classic hardware emulators and plugins that utilise the latest and greatest technology. I highly recommend this bundle and I use it frequently in my own work.
We recommend this bundle for those looking to elevate the level of their mixes/masters, as well as improve on their overall work flow.