Using distortion as a mixing tool 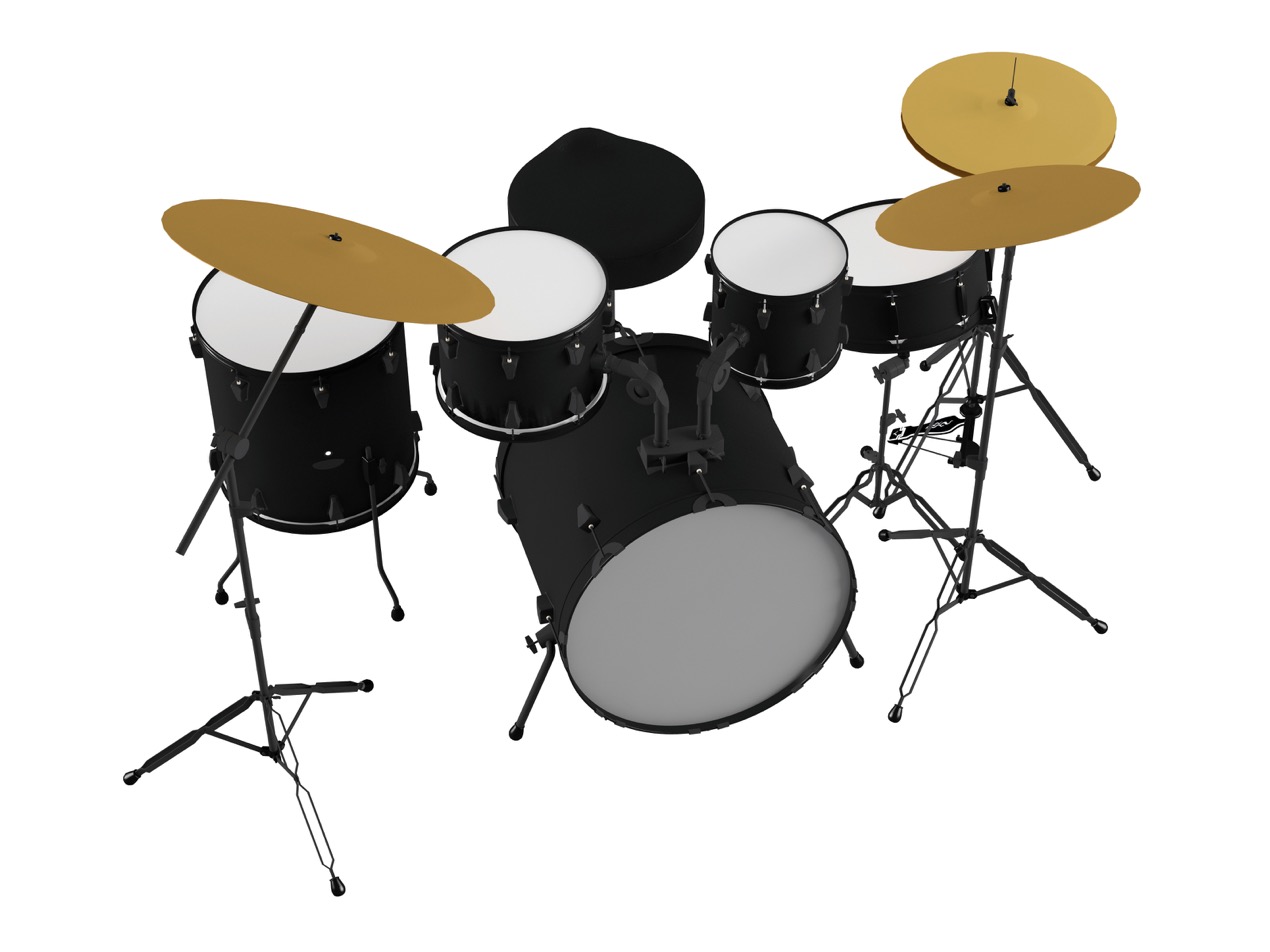 When mixing drums, there may be times when「the hats and cymbals are too clean in the mix」,
or「the sound it too thin and gets lost in the mix」.

In this case, using EQ and comp are probable options, but as a more dramatic way of changing the sound, we can apply distortion.

Listen to the following sounds, and pay attention to the metallic drum sounds.

「With distortion」has more of an obviously metallic sound.
Lets take a look at how to set this up.

In this article we will use individual output drums as an example.
For many acoustic drum samples, there in an individual hihat mic channel available.
Lets first place some distortion here. 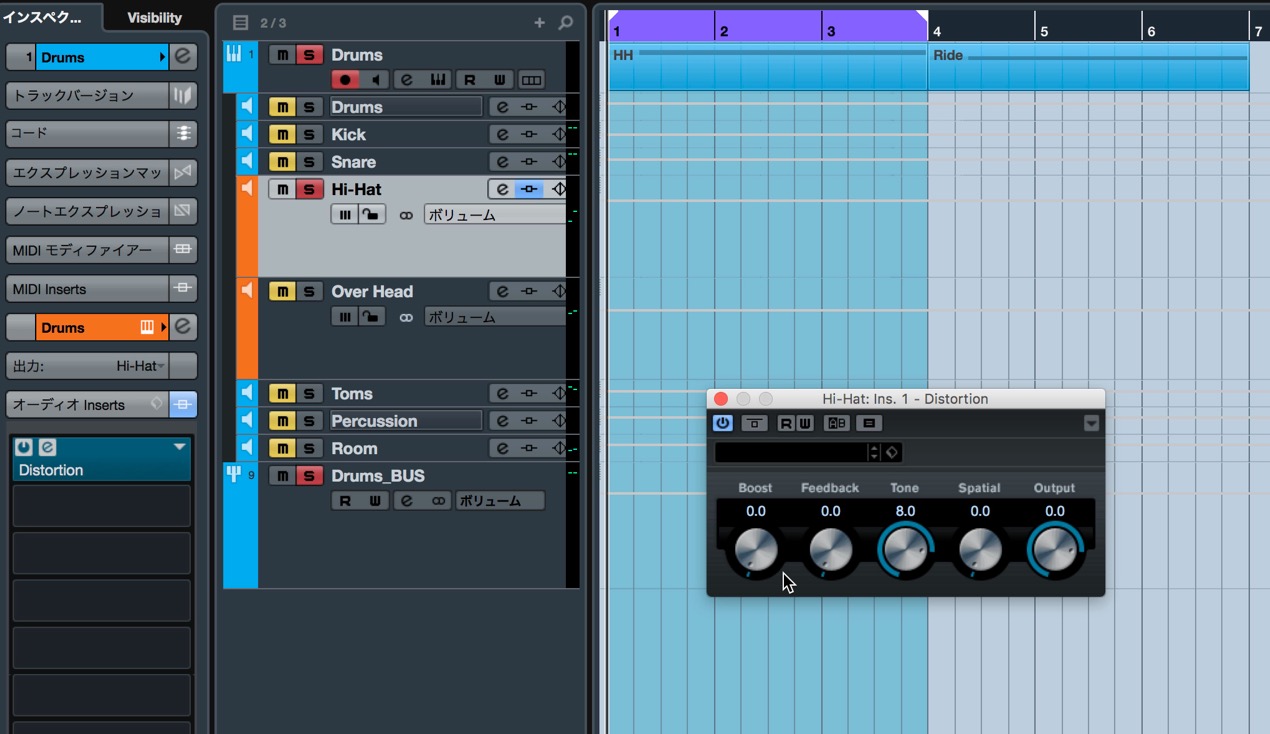 Just placing it here added some change to the sound, but lets try fine tuning the parameters.
Compare the sounds in the drumset and mix as a whole while editing. 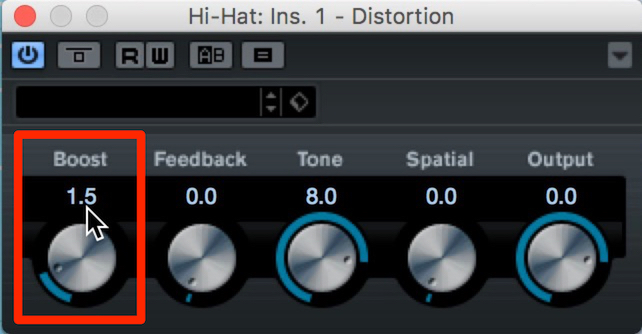 First is the「Boost」. This determines the strength of the distortion effect.
We aren’t looking to create an obviously distorted effect, so we will only slightly raise this parameter. 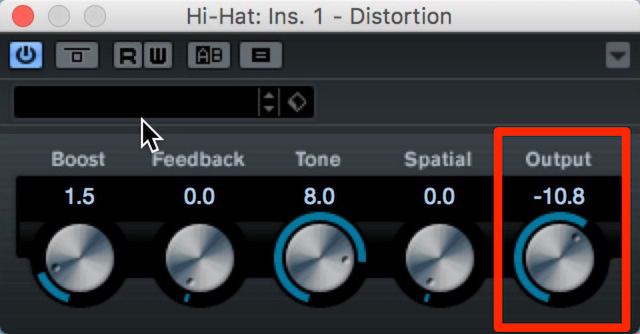 Raising the Boost also raises the volume,
so to ensure that the volume isn’t too different from the original,
adjust the volume from the「Output」.
This is true for all effects, but to ensure the true sound of an effect,
be sure not to create a large difference in volume. 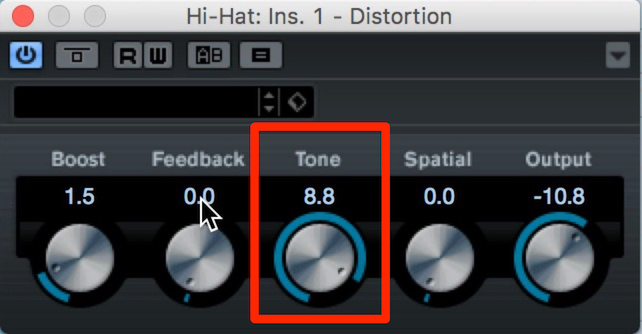 Last we will take a look at「Tone」.
This adjust the high end of the sound, and the smaller the amount, the darker the sound.
Lets be sure not to change this effect too much as well.

After finishing the setup, bypass the sound and compare it to the original,
and by distorting is slightly like done above, it will better blend into the mix while keeping its character.

Adding distortion and how to edit after the fact

By adding distortion, the signal overloads and these kind of effects can be achieved:

Metallic sounds already have a lot of harmonic complexity, so this factor will be emphasized.
In addition, because of the compressed effect, the volume difference between closed/open hats will be bridged, and pull out the tail of the sounds.

Of course, EQ and comp can be added after this process,
and distortion works great as an underlying effect to metallic sounds.

For example, when applying EQ to hihats like shown below:

The high ends EQ application greatly changes depending on whether or not distortion is applied.

Metallic sounds that aren’t hi hats are often compiled into the over head mic sounds.
When applying distortion this, because other sounds are included into it,
we must take extra precaution in this process. 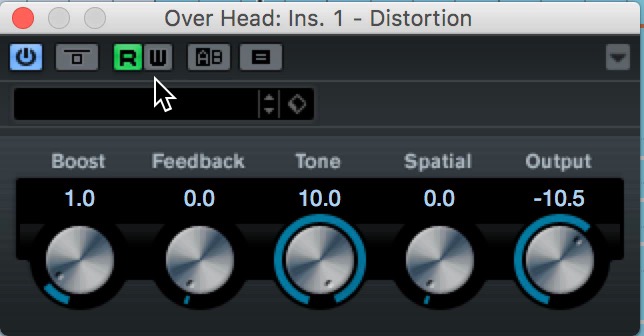 Of course this can depend on the style of the song, so just think of it as a general rule that can be broken.

In addition, depending on the source, the mid range can get bloated when distortion is applied,
and snares in the overhead can end up sounding heavy,
so be sure to apply some EQ to stabilize the mids in this case. 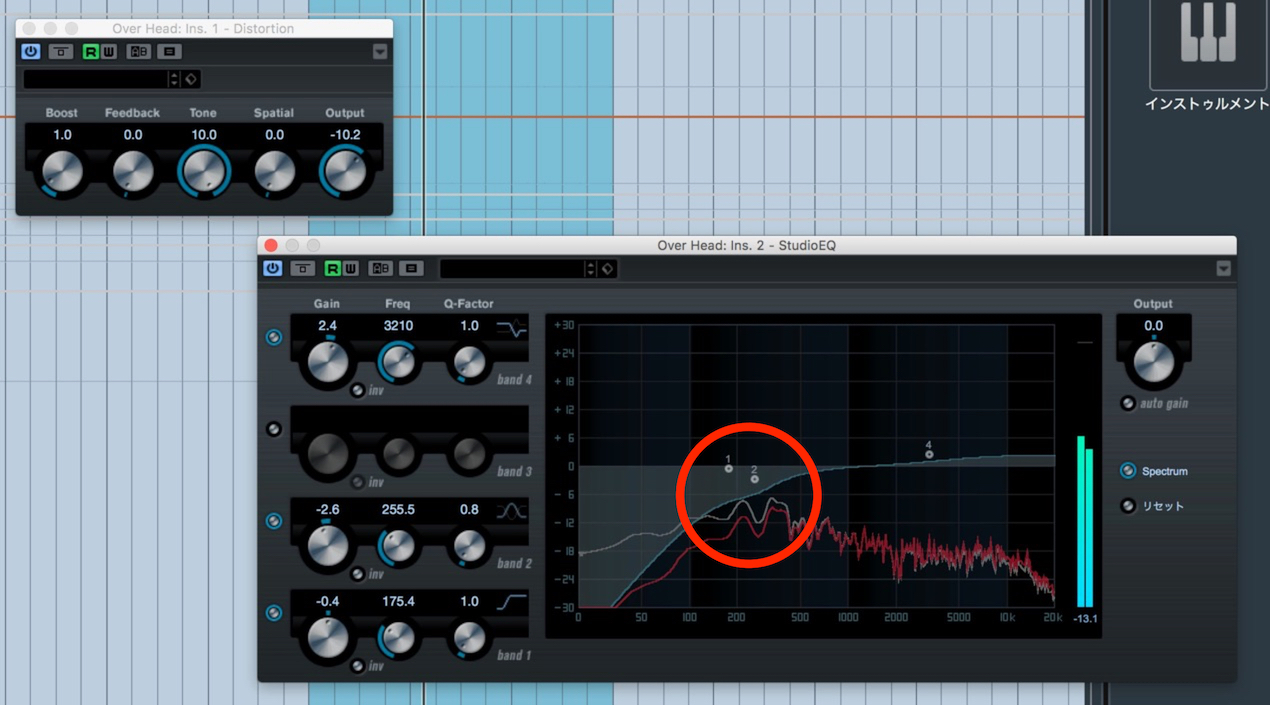 Other than the distortion on your DAW, there exists a vast selection of distortion style plugins.
They each have their own characteristics, so find the sounds that you like, and try out different plugins on different sources to expand you sound palate. 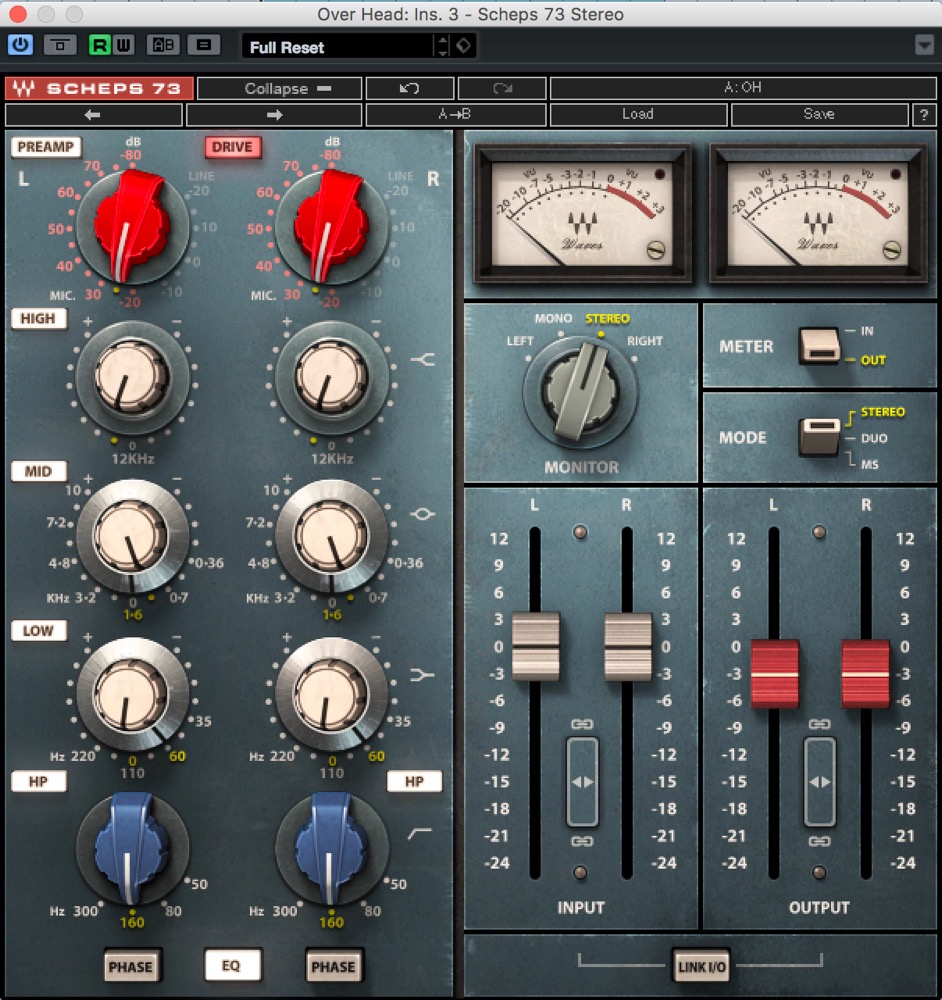 For example, a drive effect using an EQ preamp
will give you distortion while allowing you to make EQ edits as well.