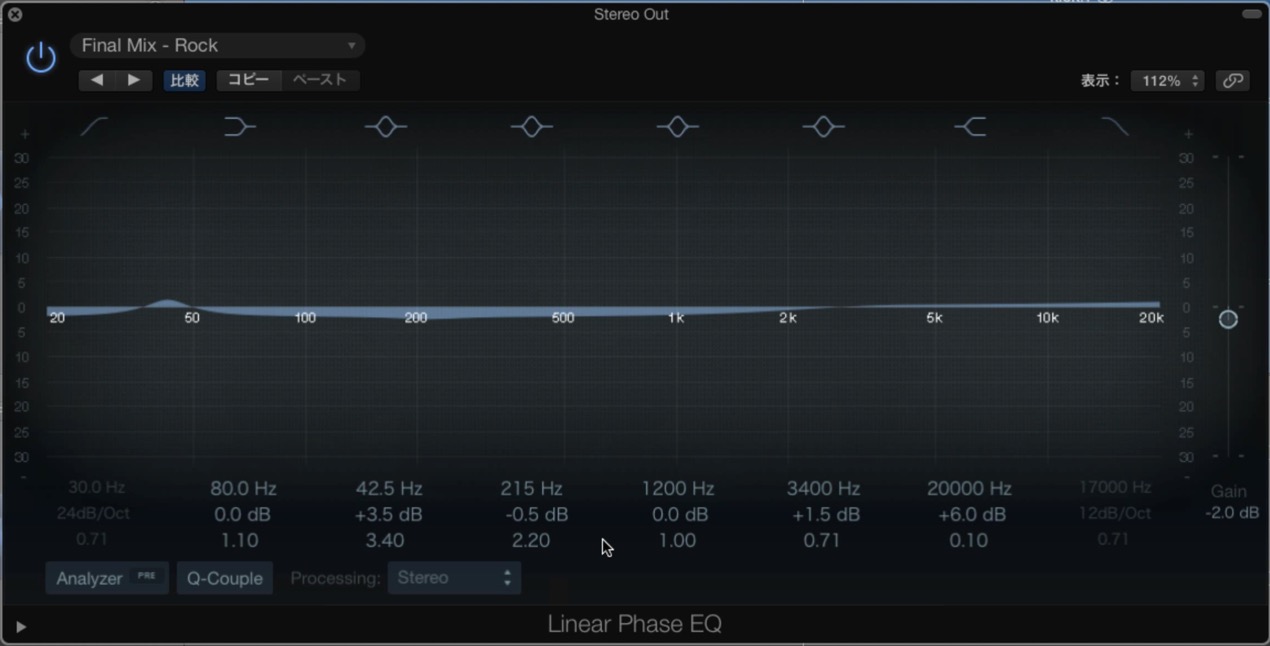 Linear phase EQ is recently becoming included in some DAWs,
added to mode switching EQs, and has become a more attainable tool.

Although it seems like just a high function EQ at a glance, there can be side-effects depending on how you use it.
In this article we will take a look at the pros and cons (what to watch for) when using this EQ.

When mixing, many EQs can face
「phasing problems」.

In the picture below, we used iZOTOPEs「OZONE7」to make the phase shift visual. 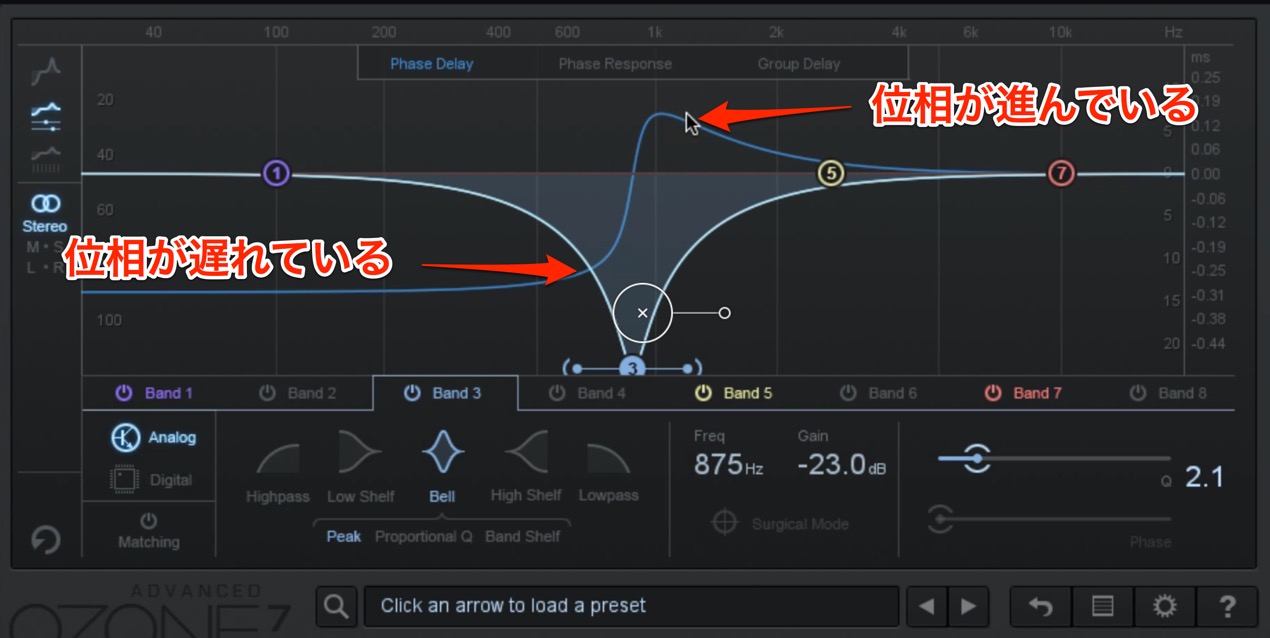 Though it is a very minuscule shift,
starting from the EQ point, there are tiny delays in the sound.

For a single track EQ, this generally doesn’t cause a problem,
and can be considered as a bit of color added to the sound.

However, durign the mixing process,「you don’t want to color the sound」
and「due to multiple tracks being EQ’d, this can lead to a bigger problem」.

What you can use in this situation is a linear phase EQ.

However, you can’t necessarily just apply this EQ in all instances.
One of the reasons is because due to it’s complexity, it requires alot of CPU power.

In addition, as we will mention below, there is a「side effect」.

For example, lets say we have just a kick track, with this kind of EQ applied. 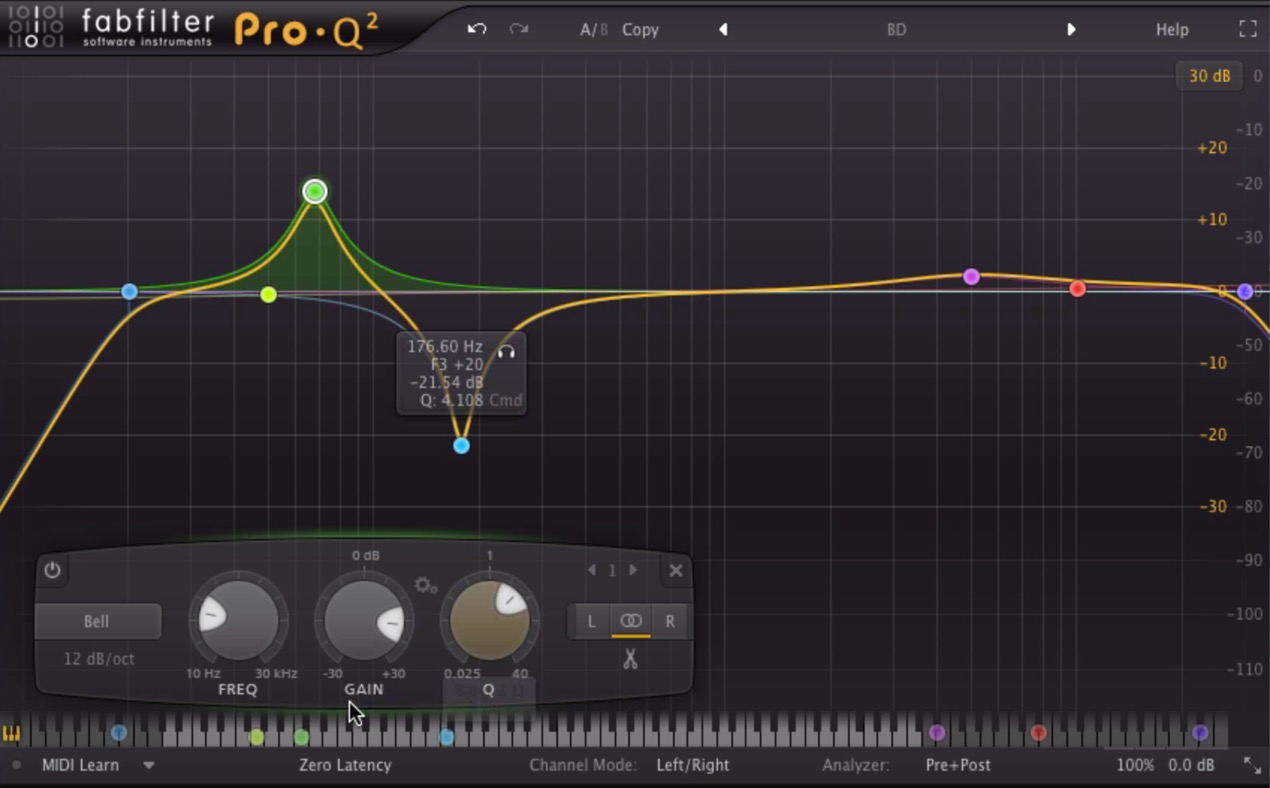 We have a sharp Q, with quite alot of gain added as well.
What happens when we compare the regular sound with a regular EQ and a linear phase EQ?

Though we want you to hear the difference in our video, you can see the waveforms as below. 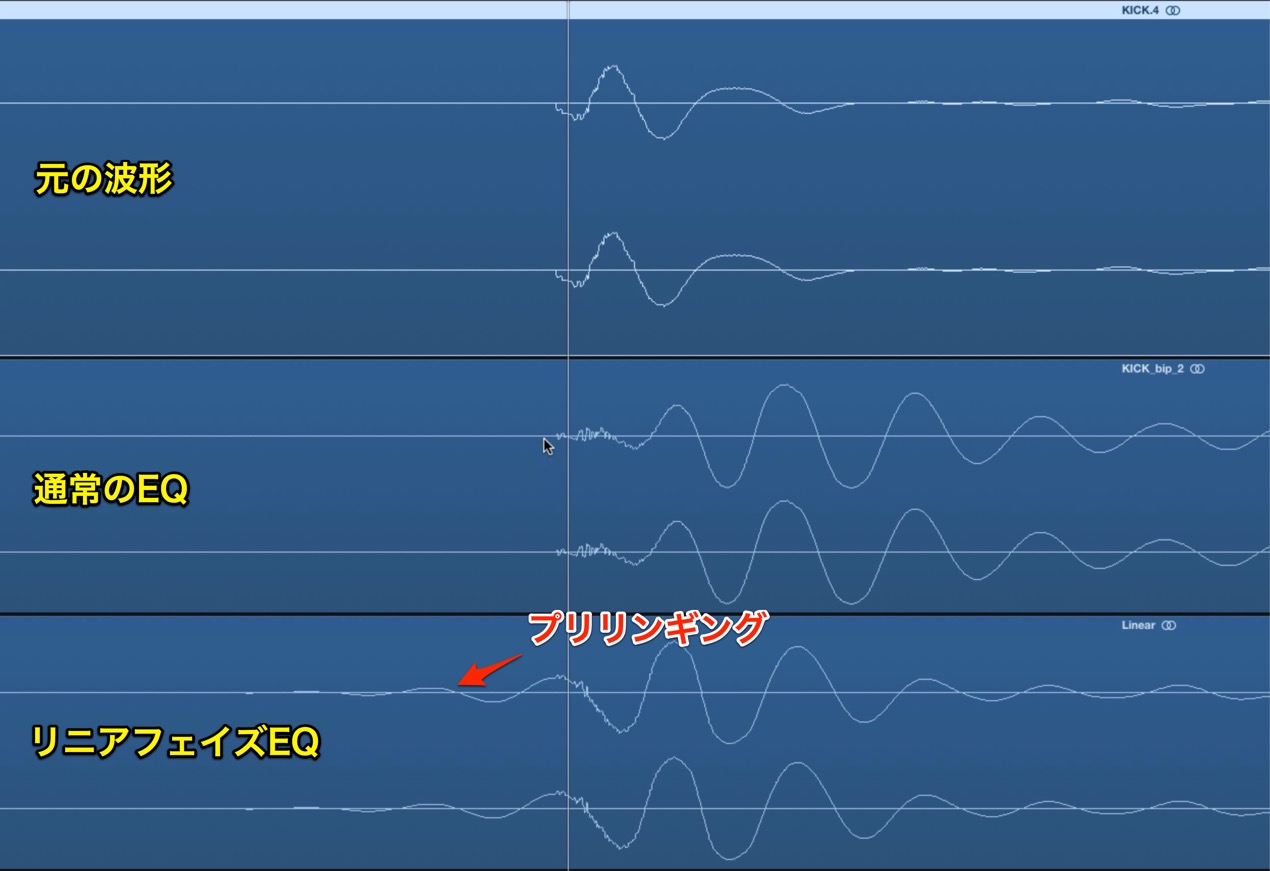 Look at the beginning of the waveform.
Though the original and regular EQ start from the same place, the linear EQ comes in a bit early.
This is a problem that occurs when making steep EQ changes called「pre-ringing」.

As a result, the attack becomes off, and creates a kind of「delay」.

When to use linear phase EQ

After looking at the tips above, it narrows down the uses for linear phase EQ.

Basically, it works best as a finishing touch for editing.

You can look at some EQ presets for tips.

As shown, you can see a gentle curve and just a little gain applied.

By understand when/where to use linear phase EQ, you can create very clear and precise mixes.
Use this knowledge to optimize your EQ use!